My initial thoughts were “another Dear basketball letter” and “another Kobe tribute video.” Then I started the video and thought the narrator was trying to do a Morgan Freeman in ‘Shawshank Redemption’ voice.  Then I started to get into it. And by the end of the 5 minute video I was not only sold on it but I was thinking this is better than all of the tribute videos every NBA team has been making for Kobe this season.  Actually, I think this tribute should be played before Kobe’s final game at Staples Center.  Seriously, I do think that highly of this tribute.

And if the video wasn’t touching enough, here’s an equaling touching letter written by the creator of the video. But before you start reading it, look at this photo of Kobe with Morgan Freeman to help you imagine it’s Freeman reading it. 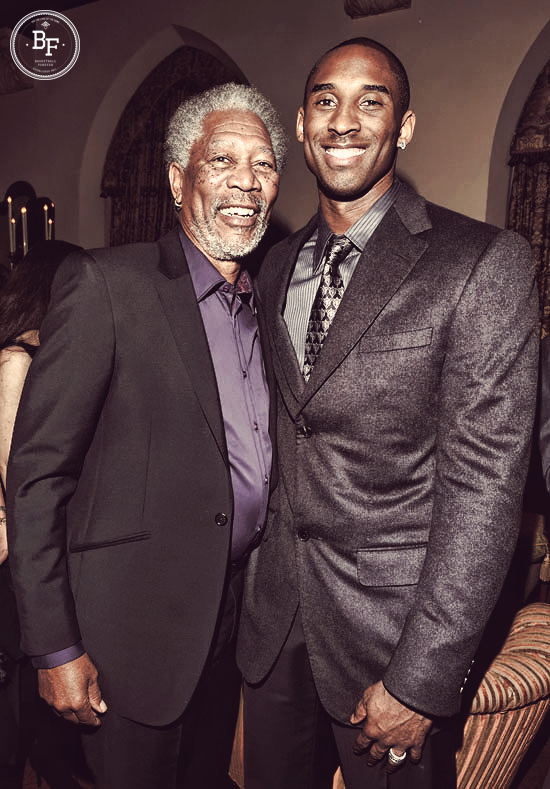 Thank you, Kobe. For all those nights where I sat in front of a flickering television, finding excitement and wonder from the craft you dedicated your life to. In your high flying highlights I found respite from a world that can be oh so cruel.

Thank you, Kobe. For making post moves and footwork cool again. For taking the fadeaway jumper and perfecting it down to a science. For making every time I throw a piece of paper into a trashcan into the greatest show on earth. “KOBE!”

Thank you, Kobe. For being human & frustrated at times & disappointing people & lifting them up when you think you cannot take anymore or go on any longer. For being imperfect, and having flaws that I could relate to. For being brave & stubborn & arrogant at times but always striving to be the best.

Thank you, Kobe. For showing us that an 18 year old kid could grow old with the game. For never backing down. Not from Michael, not from Shaq, not from LeBron, not from any challenge or obstacle that you faced.

Thank you, Kobe. For giving me nights to look forward to, where my father & I shared a passion for the game, watching you take over Staples Center as the sun set over Hollywood & you wrote your name in the stars. For enthralling me so much so that I would beg my father just to stay up to watch your highlights.

Thank you, Kobe. For letting us glimpse your maniacal drive. For willing the Lakers to the finish line. For teaching us the heart of perseverance of a true warrior. For making me laugh, and cry and feel that feeling in my stomach whenever you were in down but never out.

Thank you, Kobe. For playing through all your injuries. For playing with a broken finger, playing on one leg, shooting those free throws without the tendon that even a Greek god needs intact. For pushing further and further, and digging deeper and deeper, when it seemed like there was no where else to go.

Thank you, Kobe. For making me believe in magic. For showing us that an 81 point game, is more than something you can just do in a video game. For making 40 point scoring outbursts look routine, not just once or twice, but for weeks and months at a time. For outscoring teams on your own. For leaving it all out on the court.

Thank you, Kobe. For bringing the nation back to it’s golden roots. For making us believe in dreams again. For sacrificing your body on defense and setting an example. For making every other player question why they weren’t working as hard as you.

Thank you, Kobe. For being all mine, and everyone else’s who tuned in night after night to watch you leave your mark on the game of basketball. For being our childhood hero. For making it look so easy, when no one saw the countless hours you put in before you stepped on the stage. For working until your heroes became your peers, and the legends made you one of them.

Thank you, Kobe. For squeezing every ounce of potential from your body. For showing us that we are never out of it. For making us believe that no matter what, you could hit the game winner, make your classic Mamba face, and save the day.

Thank you, Kobe. For showing me that heroes come and go, but legends are forever.

Dedicated to two of my childhood heroes. My late grandmother who taught me to never stop working and dedicate yourself to your goals, and to the Mamba who taught me that anything is possible if you believe in yourself. 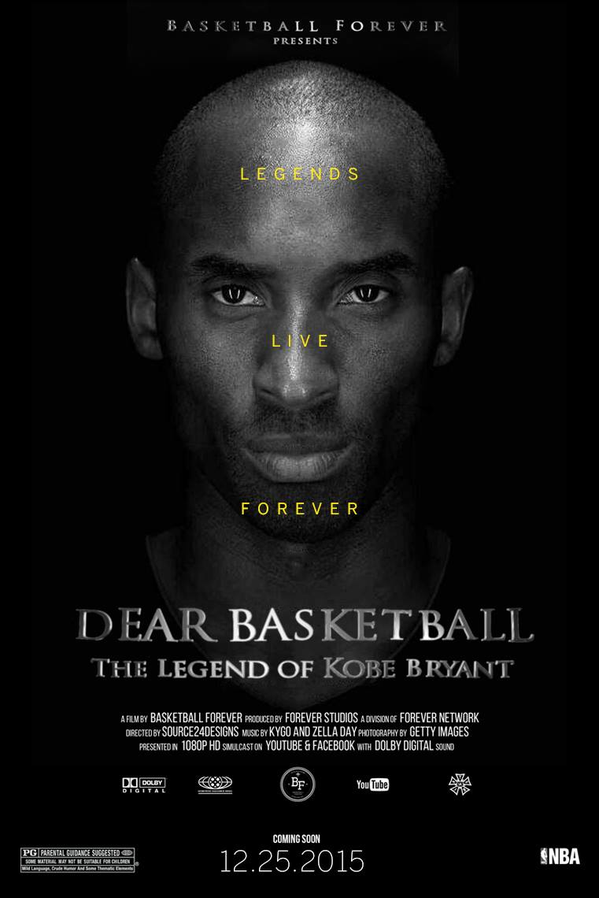