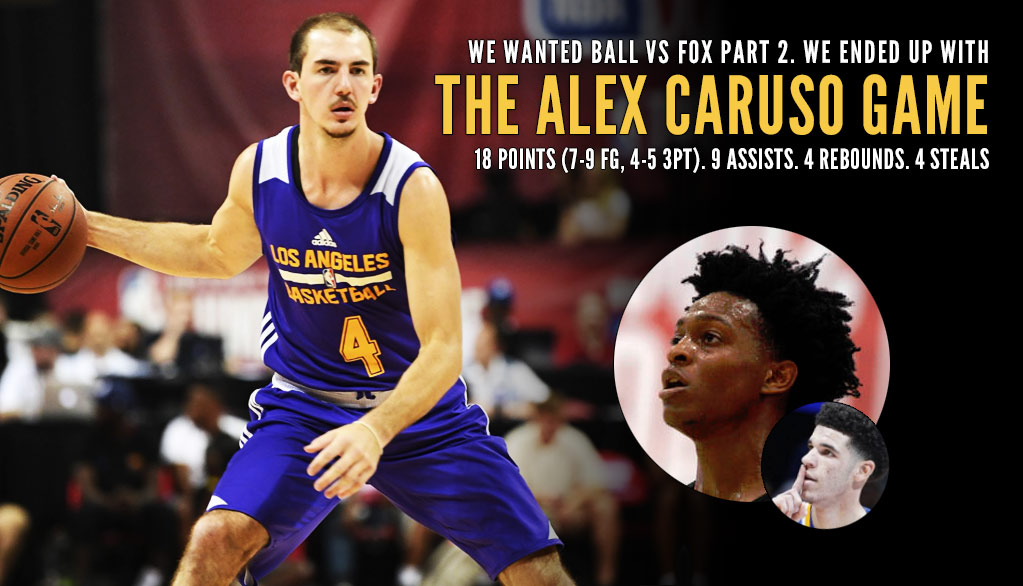 You just can’t make up stuff like this. So, the Lakers decide to rest Lonzo Ball against the Kings, preventing the Lonzo vs De’Aaron Fox rematch ...(Read more)

So, the Lakers decide to rest Lonzo Ball against the Kings, preventing the Lonzo vs De’Aaron Fox rematch we have all been waiting for.

The internet accuses the Lakers and LaVar Ball of intentionally doing this to “keep Ball’s confidence up.”

De’Aaron Fox posted then deleted a tweet about Ball resting but says he was hacked.

The internet goes crazy and wants Caruso to win the Summer League MVP award and for the Lakers to add a statue of Caruso outside of Staples.

“I know that I can play basketball,” Caruso said after #TheCarusoGame. “I believe in myself. Once I just started making shots early, I knew it was gonna be a good night.”

As for Fox, his not-so-good night ended with him leaving early with a “tweaked ankle.” He had 12 points on 4 of 6 shooting with 1 assists and 2 turnovers in 20 minutes.