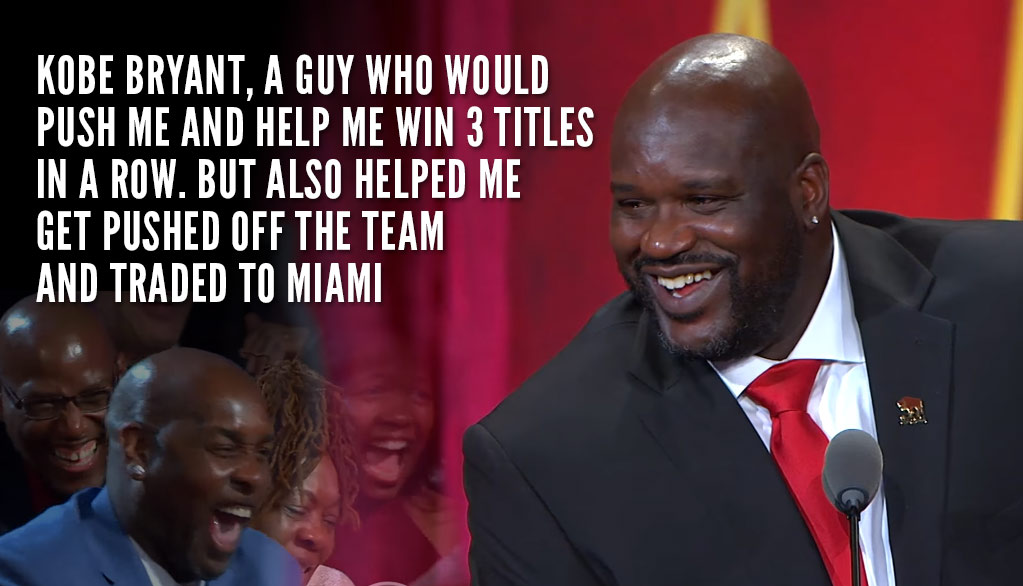 I’ve had the pleasure of following Shaquille O’Neal’s career since he tore down a backboard while playing 1-on-1 with Ahmad Rashad on a 1992 episode of ...(Read more)

I’ve had the pleasure of following Shaquille O’Neal’s career since he tore down a backboard while playing 1-on-1 with Ahmad Rashad on a 1992 episode of NBA Inside Stuff. Living in the Orlando area, I remember when the Orlando Magic selected Shaq with the #1 pick and Shaq jokingly saying, “Who me?” I remember watching every game during Shaq’s rookie year, which started with him becoming the first player in NBA history to win player of the week in his first week in the league and ended with him winning the rookie of the year award after putting up some of the best stats ever for a 1st year player and tearing down two backboards.

During that summer, the NBA introduced “Shaq-Proof” backboards (the first of many changes the league had to deal with Shaq) and I told my Dad, “Shaq will go down as my favorite athlete, not just basketball player, ever.”

On Friday night, 24 years after he almost killed Ahmad Rashad on Inside Stuff, I got to watch, with my Dad, Ahmad welcome Shaq to the Hall of Fame stage, where the “big ole sum bitch” gave arguably the greatest basketball Hall of Speech ever: He quoted famous people, he cracked jokes (none funnier than his comments about Nick Anderson missing 4 free-throws in the finals and Kobe Bryant pushing him to 3 championships and pushing him to another team), he cursed a lot, he talked about getting high with Phil Jackson (off of Sage), he showed his respect for elders and the legends that paved the way for him, he bragged about his family like a proud Dad and talked about how much his Dad, Sgt Phillip Harrison, meant to him.  He even left an empty seat in the front row for his late father and said he’s probably in heaven arguing with Wilt Chamberlain that his son is the greatest center ever.

When Shaq ended his speech by saying good-bye in multiple languages, I thought about the first time I got to say hello to him in 1993 and all of the great memories over the past 2 decades and said, “Shaq isn’t just the my favorite athlete ever, he just might be my favorite entertainer ever.”