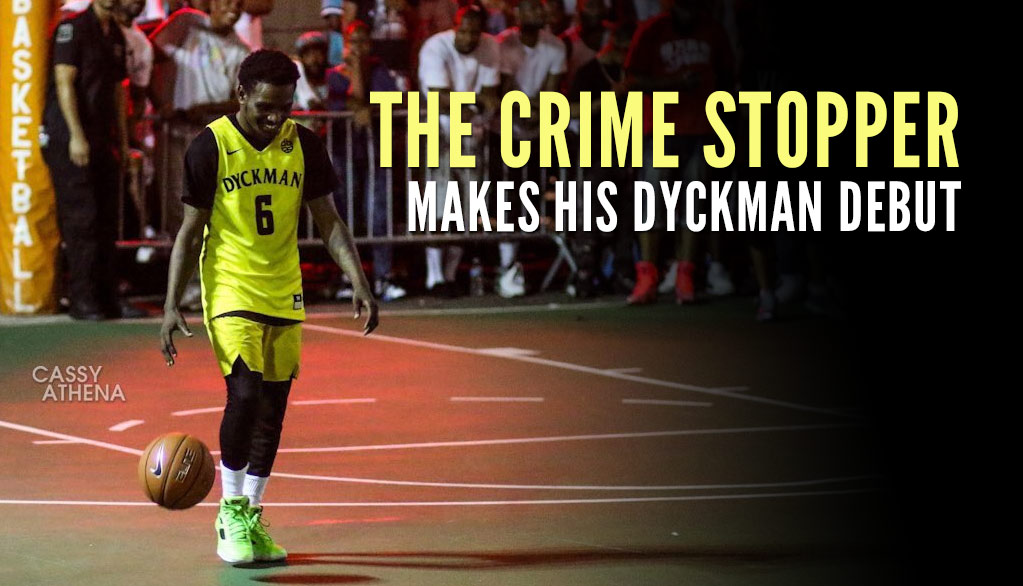 With the Under Armour Elite 24 game just a few days away, I’ve been watching a lot of footage from the event’s past 11 years and ...(Read more)

With the Under Armour Elite 24 game just a few days away, I’ve been watching a lot of footage from the event’s past 11 years and discussing the best and most memorable performances. Of all the great recent performances, one of my all-time favorites came in 2011, when former Ballislife All-American and YouTube sensation Aquille “The Crime Stopper” Carr put up 21 points, 10 assists, 7 boards and a handful of “Oh $#it moments” reminiscent of what Brandon Jennings and Lance Stephenson did at Rucker Park in previous Elite 24 games. Then I was asked, “Where is Aquille now?” My answer was, “I don’t know but he’s probably breaking somebody’s ankles as we speak.”

Speak of the devil! On Wednesday night, hours after my answer, spectators at Dyckman park got to see why I said that, and why Carr was considered one of the most exciting high school ballers of all-time, and why he still has a large fan cult-like following, when he put up a “light 30” with a handful of “Oh $#it moments” during his Dyckman debut.

If his throwback performance wasn’t enough to get excited about, the day also featured a triple OT game containing a couple “oh $#it” buzzer-beaters and a 46 point performance from class of 2017 point guard and 2016 Elite 24 player Isaiah Washington.  Scroll down below to check out the best highlights and pics – shout out to our friend  Cassy Athena – from last night’s show and hopefully, one day, we will get to see the Aquille Carr show on a bigger stage.