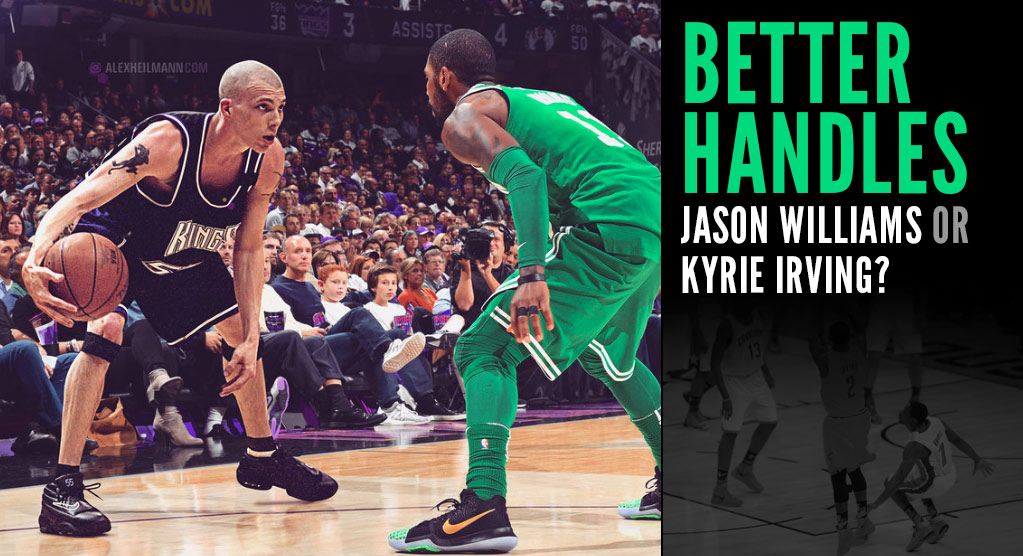 Best handles of all-time? Rafer Alston and God Shammgod are two of the usual suspects knowledgeable hoop fans are going to bring up. But if you ...(Read more)

Best handles of all-time? Rafer Alston and God Shammgod are two of the usual suspects knowledgeable hoop fans are going to bring up. But if you are just going to go off of what they were able to show in the NBA, the answers you will usually get are The Answer Allen Iverson, Pistol Pete Maravich, Bad Boy Isiah Lord Thomas III, Chef Curry, CP3, Timmy Hardaway, Jamal Crawford, Kyrie Irving and Jason “White Chocolate” Williams.

At Monday’s Stance Hoops Camp (yes, that exists), White Chocolate (who Chris Webber picked over Shammgod in the video above) was asked the barbershop-worthy question and he picked the Uncle Drew star. I agree with him and Allen Iverson, who back in 2015 said Kyrie (and Steph Curry) was “next level” with “more handles” than him.

Here’s a few reasons why we all feel this way. If you only have a minute, then I suggest you watch the following short mixtape by Cycle. If you have a few minutes, then scroll down and enjoy the sights and sounds of a lot of ankles being broken.

And this is why Jason Williams thinks Kyrie Irving has the best handles ever!

And I can’t talk about Jason Williams and not show his Sacramento Kings mixtape. Kyrie might have better handles but his best assists can’t touch the ones in this video.

And Memphis Williams doesn’t get enough love. Not only was he just as exciting as the guy who used to hit Vlade Divac in the face with great passes, his best scoring and assists seasons came during his time near Graceland.