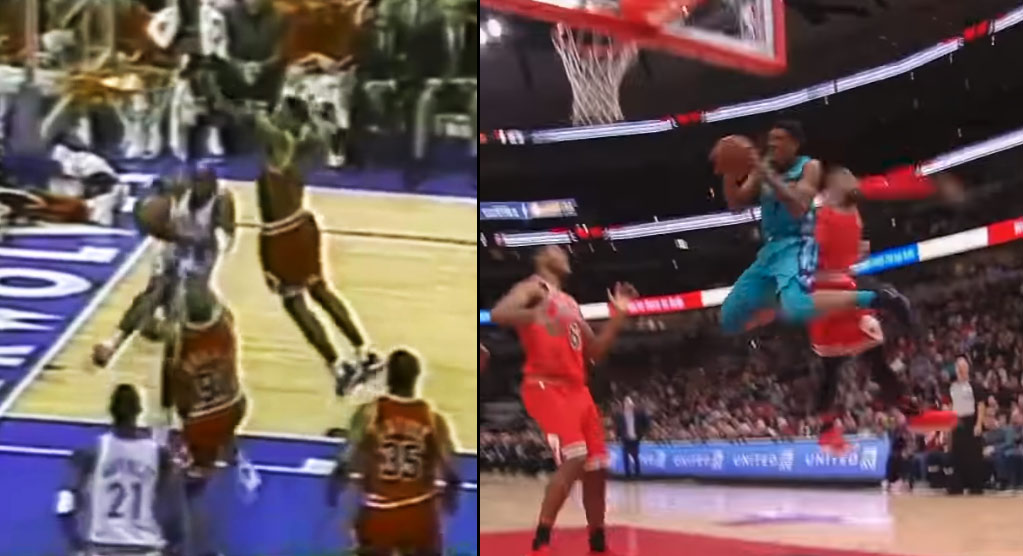 I’ve been waiting for a special Malik Monk highlight all season and midway through the fourth quarter of the Hornets game against the Bulls, the rookie ...(Read more)

I’ve been waiting for a special Malik Monk highlight all season and midway through the fourth quarter of the Hornets game against the Bulls, the rookie went baseline and delivered that highlight with a double-pump dunk.

Monk finished the game with 21 points on 8-of-15 shooting. It was his first 20-point game since he scored 21 way back on November 11th against the team he wanted to be drafted to (Knicks).

Back to the dunk, old school heads like me were probably reminded of Isaiah Rider. During his young days in Minnesota, the explosive (in many ways) guard used to do this dunk a lot and even once did it against the Bulls. The title of this post asks “Who did it better?” and for me the answer is easily Mr. Eastbay Funk Dunk Isaiah ‘JR’ Rider. He went around Scottie Pippen, dunked over Dennis Rodman and then celebrated with a rookie KG.

If you are more old school than the old school heads I was just talking about than you were probably reminded of Dominque Wilkins. I can’t recall him ever having a double-pump dunk against the Bulls but the man who was robbed of a dunk title in Chicago did once do it to NBA great Bob Lanier.