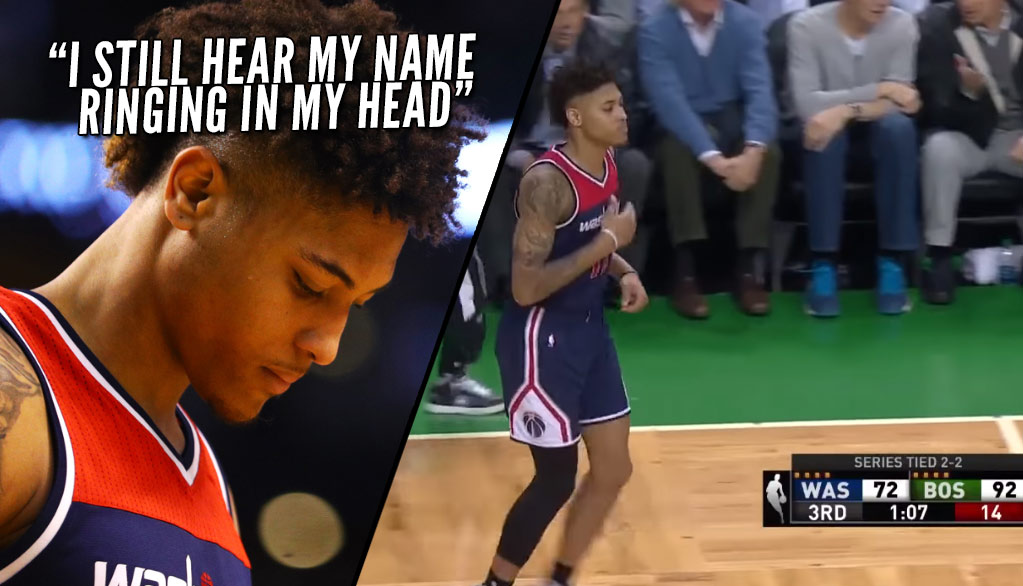 Boston Celtics fans were able to have their cake and eat it too on Wednesday. Not only did they pull out a 22-point win in Game ...(Read more)

Boston Celtics fans were able to have their cake and eat it too on Wednesday. Not only did they pull out a 22-point win in Game 5, they got to have some fun with Kelly Oubre, coming off a one-game suspension for his altercation with Kelly “Draymond thinks I’m dirty” Olynyk.

In the first quarter, which saw the Celtics outscore the Wizards 33-21, fans chanted “We want Oubre!” In the second quarter they got what they asked for and booed Oubre when he touched the ball. Then those boos turned into silly chants of “Fuck you Oubre” in the third.

“I still hear my name ringing in my head because that’s all I heard when I was on the court.” Said a joking Oubre to Candace Buckner of the Washington Post.

Teammate John Wall praised Oubre’s handling of the chants after the loss.

Oubre finished the game with a playoff-high 13 points in 20 minutes but did miss four of five threes and two of his four free throw attempts.