Yeah, yeah, I hear the complaints about 14-year old Johnathan McGriff: he dribbles too much and some of his moves are “unnecessary.” I heard them last year when we said “13-year old McGriff Might have the fastest handles in the world.” I also heard those complaints 16 years ago when the world witnessed a 14-year old Rafer “Skp to My Lou” Alston during the best 3 minutes of in Mixtape history on the original And1 Mixtape VHS.  The critics complained Skip wouldn’t be able to play organized ball with his showboating style, but Rafer proved them wrong by going to Fresno State and then playing 11 years in the NBA.

It’s way too early to even discuss if the Class of 2019 point guard is a future NBA player, it’s not to early for me to predict the kid who dominated the CP3 Rising Stars Camp is going to have a very successful and exciting career at Bishop McNamara. 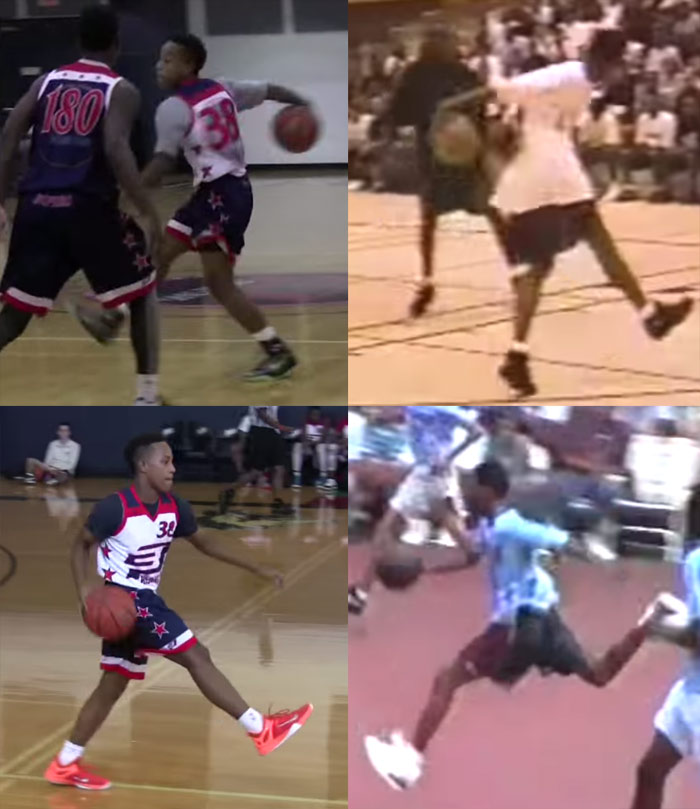