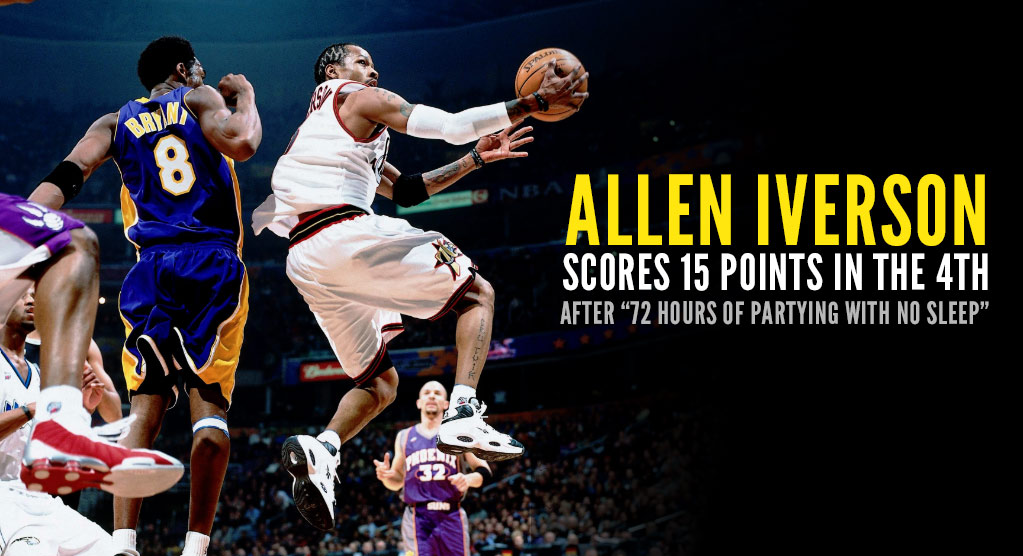 The greatest comeback in NBA All-Star game history happened at the MCI Center in Washington DC on February 11th, 2001.

“Everybody was saying we couldn’t win because of our size. It’s not about size. It’s about the size of your heart,” Iverson said after the game. “Coming into the fourth quarter, we were all sitting on the sidelines saying ‘Why not us? Why can’t we be the ones to come back from a 19-point deficit in an All-Star Game?”

A lot of credit also goes to fellow 1996 pick Stephon Marbury, who knocked down a pair of clutch threes.

If you don’t want to watch the full game, you can watch the final two minutes of the final quarter, which saw the East outscore the West 41-21.