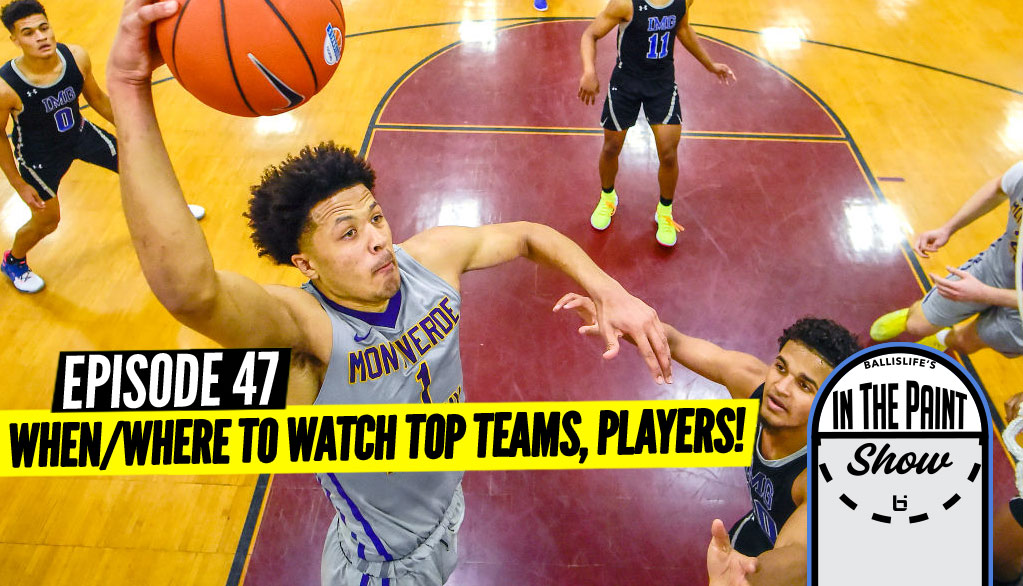 In Episode 47 of our "In The Paint" Show, Ron and Dev break down some of the top early-season high school tourneys across the country and the players at these events. The fellas also discuss the stat-driven side of the NBA and the Mr. Basketball USA Tracker, which recognizes the top high school basketball player in the country as voted on by an esteemed panel.

“In The Paint” Podcast GOES IN on Top Tourneys, Players!

In Episode No. 47 of our “In The Paint Show,”  co-hosts Ronnie Flores and Devin Ugland break down some of the top early-season high school basketball tournaments across the country and which players you can see at those respective events. The guys welcome special guest Glenn Smith, the Tournament Director of the Thanksgiving HoopFest in Dallas (Nov. 29-30), who gives an inside look at how his event went from a small-time local tournament to the big-time in the 11 years since its inception.

Ron and Dev also go hard in the paint on the preseason Mr. Basketball USA Tracker voting for National Player of the Year in high school hoops. Ronnie, the award’s curator, opens up on the voting process, including how it all started and who is on the panel. Seven-foot forward Evan Mobley of FAB 50 No. 21 Temecula (Calif.) Rancho Christian is the early front-runner, leading second-leading vote-getter Cade Cunningham of No. 2 Montverde Academy (Montverde, Fla.) by five points, 95-90, in the first preseason poll. Is Jalen Green of Prolific Prep (Napa, Calif.) too low? Who was snubbed? Who should be higher? Will Mobley be the wire-to-wire winner? Listen in to find out!

The guys close out with a look at the NBA and, in particular, if statistics are still the main barometer we should use when considering the top players in the history of the game. We’re currently in the triple-double era of the league, with elite players like LeBron James, James Harden, Luka Doncic and many others turning in eye-popping stat lines each and every night. How much of that is just pure skill and how much can be attributed to the evolution of the game, especially from a defensive standpoint. Ron and Dev go into major detail on that in Episode 47!