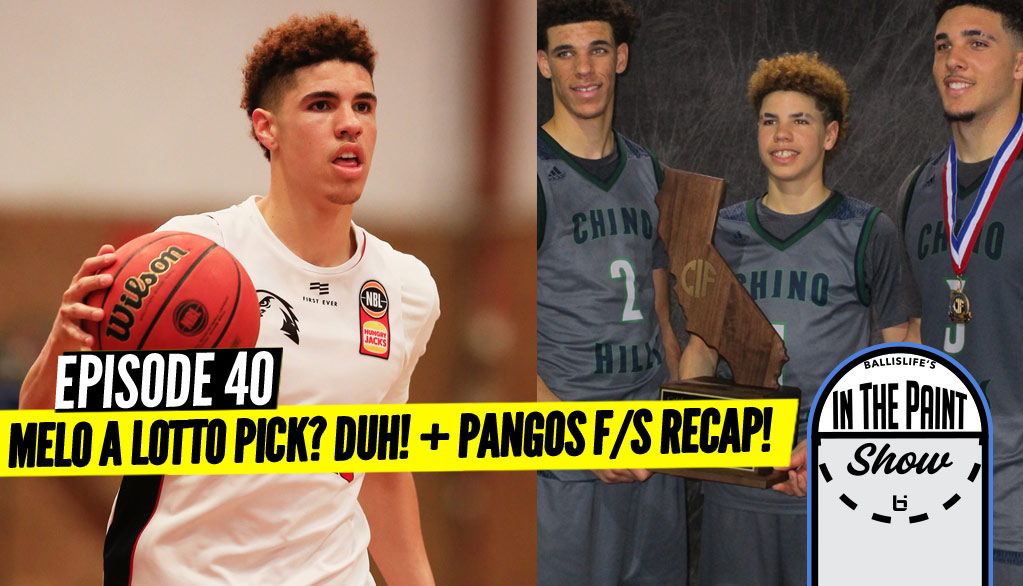 In episode No. 40 of our "In The Paint Show,"  Ron and Dev go hard on the recent Pangos All-West Fr/Soph Camp. The fellas also break down the "news" that LaMelo Ball is now tracking as a 2020 NBA Draft Lotto pick and a potential No. 1 overall pick. Newsflash...this ain't news!

“In The Paint” Podcast on Pangos Fr/Soph & Melo The Lotto Pick!

In episode No. 40 of our  “In The Paint Show,“  co-hosts Devin Ugland and Ronnie Flores go hard on the recent Pangos All-West Frosh/Soph Camp and give their seasoned take on the recent ESPN.com story that has its mock draft team now tracking LaMelo Ball as a 2020 NBA Draft Lotto pick and the potential No. 1 overall pick, based on his play at the Australian NBL Blitz this past week.

Ron and Dev break down how they evaluated the deep camp and who stood out amongst those they hadn’t evaluated before. They also talk about their focus on those who didn’t come in with a big reputation and go over the standouts in the various camp all-star games, and go in the paint on a few snubs!

Ball’s continued growth physically and in his game has led ESPN to declare the former Chino Hills (Calif.) standout a potential No. 1 pick in 2020. Is this a surprise? Why wasn’t he considered a top tier 2020 draft prospect all along? Were some draft analysts and recruiting experts using his family’s fame and misfortune against him? Does his on-court talent outweigh any of the perceived family problems that surround him and are not of his making? Where would Dev and Ron take him in the 2020 NBA Draft right now?