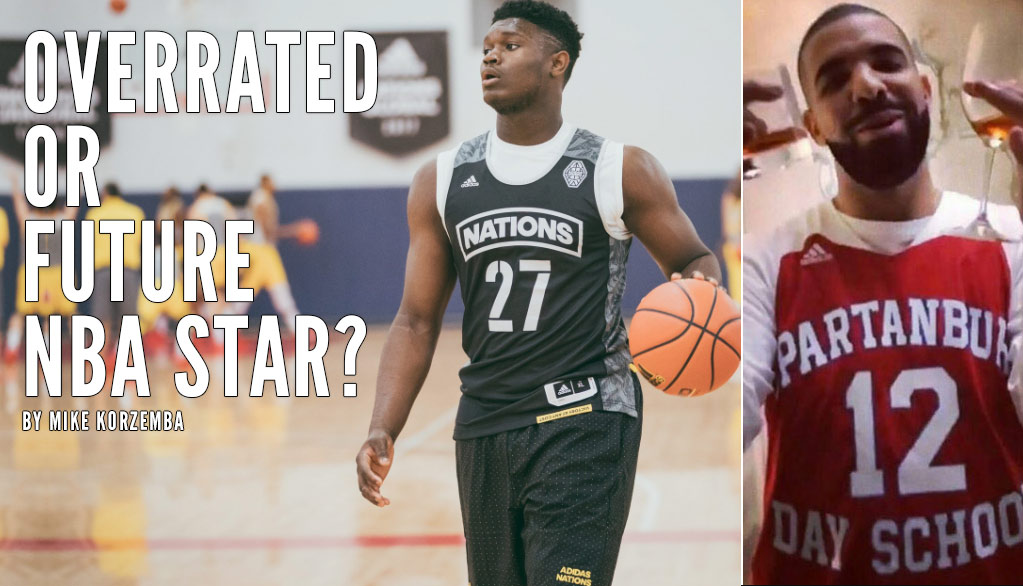 For the past two years, Zion Williamson has become a YouTube sensation and he did it without having a father who claims to be better than ...(Read more)

Is Zion Williamson Overrated Or A Future NBA Star?

For the past two years, Zion Williamson has become a YouTube sensation and he did it without having a father who claims to be better than Jesus himself at the game of basketball. Shot fired Lavar, come at me!

That’s the intro to Mike Korzemba’s latest YouTube video titled “Is Zion Williamson overrated or a future NBA star?” In it, Mike breaks down a few performances from Drake’s favorite high school baller and explains why he thinks the humble former point guard turned “just a dunker” viral machine is either overrated or a future star in the league.

We have been filming him destroy inferior high school competiton all year long but I had the pleasure of watching him go against some of the best players in the nation during this weekend’s Adidas Nations event in Houston, Tx.  On the first day — in front of James Harden and a gym full of college and NBA scouts — Zion put up 21 points on a perfect 10 for 10 from the field.  In another game, he put up 26 points, 9 boards, 2 assists and 2 blocks against a team with the #2 point guard in the Class of 2018, Cole Anthony.

I’m not ready to call him Shawn Kemp 2.0 yet but I will say he has the tools and attitude to be a star in the league.

And if you have heard the rumors about him reclassifying, here’s what he told USA Today.

“I’m 100 percent not reclassifying,” said Williamson. “I’ve heard people say that I might do that, but what people don’t realize about me is that I’m young for my grade. The only way I could reclassify is to go down and I’m not gonna do that.