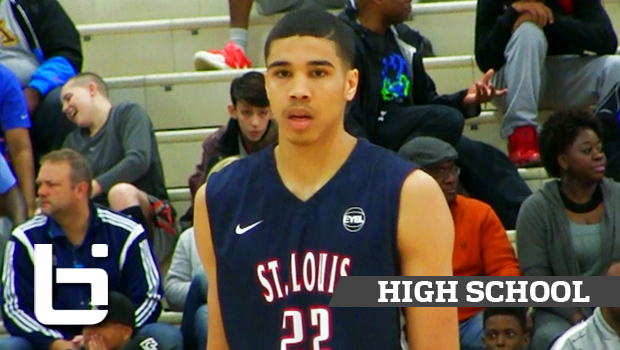 Jayson Tatum led his St Louis Eagles 17U team to an undefeated run to open the AAU season (including several blowout wins against EYBL teams).
Click here to Read More

Ballislife will be following Tatum all Spring and Summer, but here’s your first look at some raw footage from the NY2LA Sports’ Swish ‘N Dish near Milwaukee
The 6’8 wing who just turned 17 in March is wideley considered to be the top player in the 2016 recruiting class.