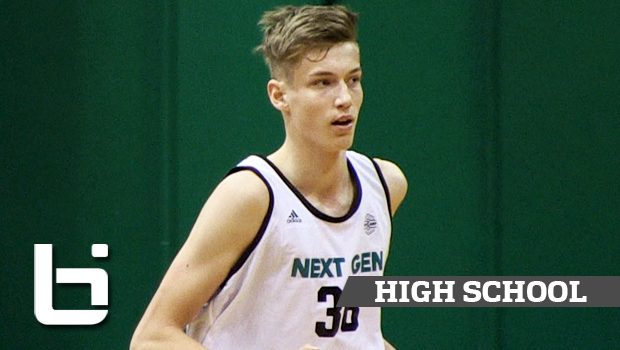 For the past 4 summers adidas has integrated a “Next Generation” group with its EuroCamp held at La Ghirada Sports Complex in Treviso, Italy where Europe’s ...(Read more)

For the past 4 summers adidas has integrated a “Next Generation” group with its EuroCamp held at La Ghirada Sports Complex in Treviso, Italy where Europe’s top prospects age 16 and under train, receive high level coaching and compete before NBA and European scouts and media.
Click here to Read More

Perhaps the strongest, most explosive and skilled Next Gen athlete (in practice and in the scrimmage) was 15 year old, 6’10 (in shoes) Luka Samanic from Zagreb, Croatia. With a reported 33.5 inch maximum vertical leap, Luka Samanic also showed shooting range as well as a good feel for the game on offense. Born in September of 2000, the son of a former Pro European basketball player Luka currently plays with Regal Barcelona. We’re sure he will be one to follow over the coming years and wouldn’t be surprised to hear his name called in a future NBA Draft!
Check out these highlights from 2016 adidas EuroCamp “Next Generation” held in Treviso, Italy and thanks to everyone at adidas!
For more adidas EuroCamp raw footage and highlights mixtapes watch and subscribe to Ballislife Midwest youtube channel and follow @scottballislife on Instagram and @BallislifeCHI on Twitter.
Thanks for watching and subscribing!