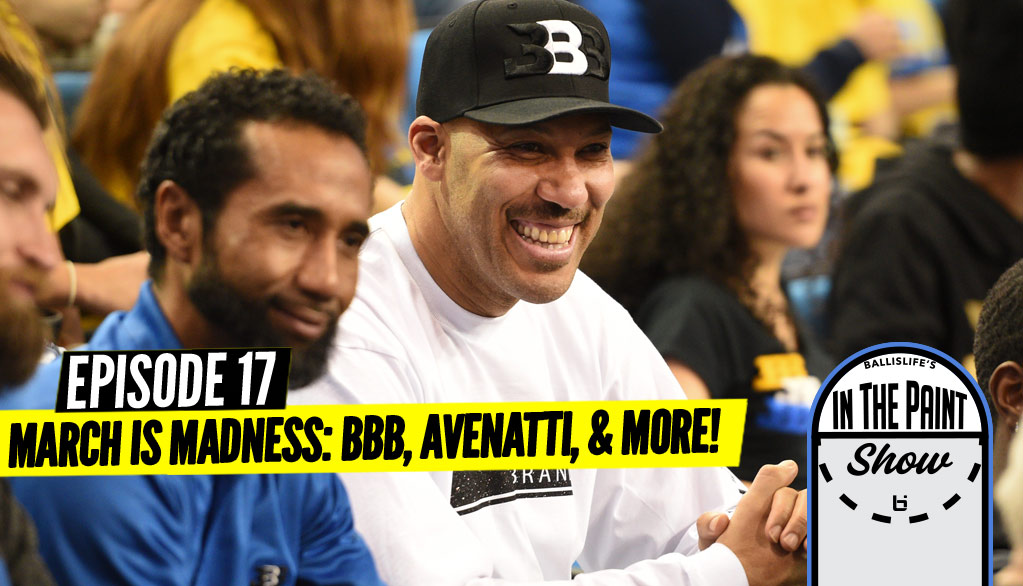 In episode No. 17 of our In The Paint Show, we break down the MADNESS that happened off the court, as teams advanced to the Sweet 16 of the Big Dance. Ron and Dev go in on the Big Baller Brand breakup and the explosive Twitter allegations made against Nike by Michael Avanetti after he was arrested on extortion charges.

March is MADNESS! Podcast Goes In On Craziness!

In episode No. 17 of our  “In The Paint Show,“  hosts Devin Ugland and Ronnie Flores break down all the madness that happened off the court as teams advanced to the Sweet 16 of the NCAA Tournament. Ron and Dev go in on the Big Baller Brand breakup and the explosive allegations made on Twitter by attorney Michael Avanetti, whom earlier this week was arrested on extortion charges against Nike after scheduling a press conference about potential laws and NCAA rules the shoe company giant broke.

For our probing topic, we bring in special guest Jason Jordan of USA Today to discuss the situation surrounding FAB 50 No. 2 McEachern (Powder Springs, Ga.). What’s the insight on the 32-0 team backing out of GEICO Nationals after head coach Mike Thompson publicly announced the team would make the trip to New York? Did the team’s laser focus to go unbeaten change its GEICO outlook? Did Sharife Cooper’s individual standing in the 2020 class play a role?

While that was big news on the high school basketball front, it paled in comparison to what happened on the college and pro levels. Lonzo Ball of the L.A. Lakers cut ties with Big Baller Brand business partner and co-founder Alan Foster amid reports 1.5 million dollars from the BBB company (which Zo owns 51 percent of and his family over 80 percent) is unaccounted for. Ball publicly pointed the finger at Foster (who owns roughly 16 percent of the company), but also removed social posts that included the brand and his father Lavar Ball. Is Lonzo and Lavar Ball simply victims of a con? Is Lavar a sympathetic figure in this? Or should he shoulder a majority of the blame?

We also try to make sense of Avenatti’s explosive claims against shoe company giant Nike. Those explosive Tweets came AFTER he was arrested for extortion, as he attempted to convince Nike to pay him and his client, Gary Franklin Sr. of the California Supreme travel club that played on the Nike EYBL circuit, in order to suppress evidence that the shoe company paid elite players who played on Franklin’s travel club. Are the Tweets credible, considering the source is an attorney who faces criminal charges in two states? How will the NCAA respond to these allegations in light of the ongoing federal investigation into college basketball corruption? Will the power programs and coaches named by Avenatti survive the allegations? Will this development mar the rest of the NCAA Tournament?

This is our most explosive pod yet, so make sure to listen in!