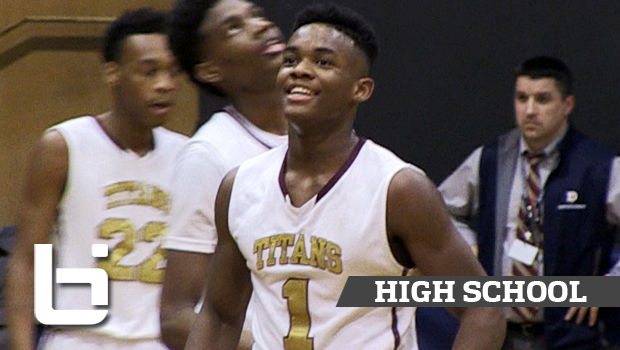 Markese Jacobs might still be under the radar in his hometown of Chicago, but he’s already earned his nickname “THE SHOW”! 15 year old, 5’9 athletic ...(Read more)

Markese Jacobs might still be under the radar in his hometown of Chicago, but he’s already earned his nickname “THE SHOW”!
Click here to Read More

15 year old, 5’9 athletic point guard Jacobs just finished his freshman year at Uplift Community High School, a small public school on the city’s north side. Uplift won a small school Illinois boys basketball state title in recent years, but the team still doesn’t receive much coverage or publicity in a city which loves its high school hoops. The major sneaker-sponsored powerhouses grab nearly all the headlines so when we saw Markese in AAU action as an 8th grader for Chicago Select, we made time to catch Uplift in action and Markese didn’t disappoint. Jacobs averaged 18 points per game for the season lightning things up from three point land and utilizing his quickness and reported 40 inch vertical to throw down fast break dunks.
At the time of filming Markese has flown under the radar (of media, scouts and colleges), but we expect that to change quickly!
Ballislife will be sure to continue following Markese Jacobs’ journey through high school. He’s currently playing AAU with Mac Irvin Fire 15U.
For more Chicago high school basketball mixtapes watch and subscribe to Ballislife Midwest youtube channel and follow @scottballislife on Instagram and @BallislifeCHI on Twitter.
Thanks for watching and subscribing!