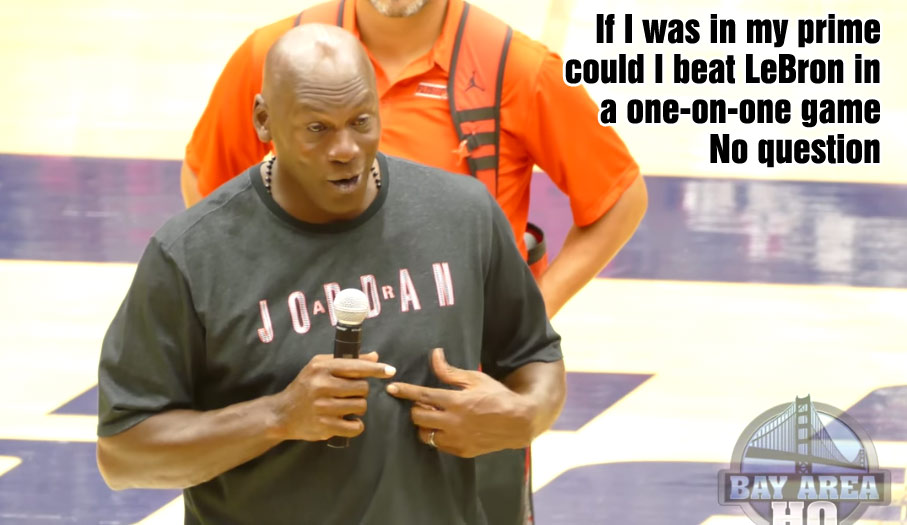 After watching Shaq and Pippen go back and forth with memes and disses over Shaq saying the All-time Lakers would beat the All-time Bulls by 50, ...(Read more)

After watching Shaq and Pippen go back and forth with memes and disses over Shaq saying the All-time Lakers would beat the All-time Bulls by 50, we finally have a response from the greatest Bull of all-time.  The best part about MJ’s answer is he knew the question was going to come up during a Q&A session at his Flight School in Cali this weekend.

“I knew that was coming!” replied Jordan to the question. “It’s a debate. The thing is we would never know. I think we would’ve killed them. He thinks they would’ve killed us.”

Jordan also answered a bunch of other interesting questions ranging from drafting Kwame Brown and who the biggest trash-talker was (no surprise). But the real juicy stuff came when he was asked about playing one-on-one against Steph Curry and if he could beat LeBron in his prime.

“This is the ESPN question. It’s going to be all over ESPN. If I was in my prime, could I beat LeBron in a one-on-one game? No question. And he’s going to say no question.”

Although he’s right about this being all over ESPN, it’s not exactly news that he’s saying he would beat LeBron.