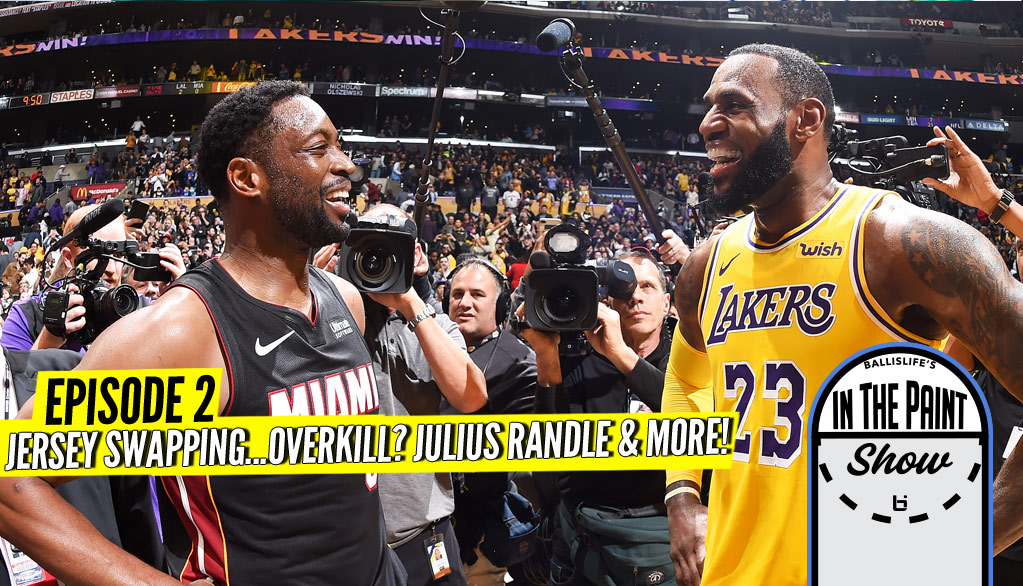 In our second "In The Paint Show", Ronnie Flores and Devin Ugland discuss jersey swapping, Julius Randle, mid-major college programs and why they are thriving, and what we've seen so far on the high school level.

In the second episode of our all-new “In The Paint Show,“ hosts Ronnie Flores and Devin Ugland discuss the NBA’s newest fad, jersey swapping. When and why did it all start? Whose uniform exchanges should we accept and whose should we not? Ronnie drops a hilarious story on how Michael Jordan trolled Pat Riley at his favorite hotel as a behind-the-scenes show of respect. Also in the NBA, we take a closer look at Julius Randle’s strong season and whether the Lakers made a mistake on letting him walk before seeing how he might fit with LeBron.

On the college level, Ronnie and Devin break down why we’re seeing so many mid-major programs making their way into the Top 25 rankings. Sure, we all know about Gonzaga, but what’s Nevada’s secret? How have Buffalo and Furman built such strong teams? And on the high school level, the guys dish on the hyper-local Southern California high school basketball scene and give their early season standouts from the preseason tournaments.

If you’re a crazy hoop head like Ronnie and Devin are, you guys will absolutely love our “In The Paint” podcast. See below to check out Episode 2!