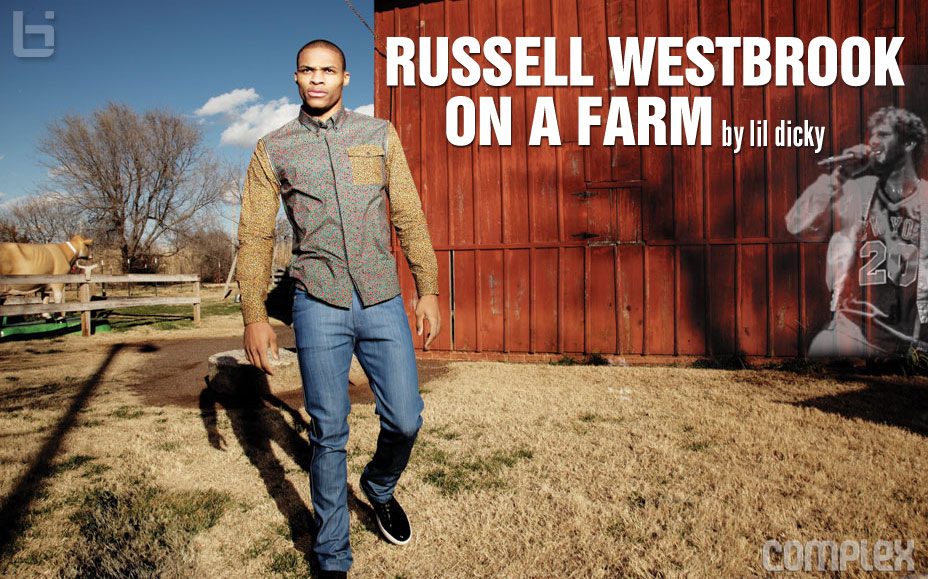 In honor of Russell Westbrook’s birthday today, I’m not going to show you his best dunks, or best crossovers, or best outfits, but the absolutely best ...(Read more)

The Best Song Ever Made About Beastbrook: ‘Russell Westbrook On A Farm’ By Lil Dicky

In honor of Russell Westbrook’s birthday today, I’m not going to show you his best dunks, or best crossovers, or best outfits, but the absolutely best (and only) song ever made or ever could be made about Westbrook.

The song is called “Russell Westbrook on a Farm” and it was created by the very funny and equally (still) underrated rapper Lil Dicky.

If you aren’t familiar with Lil Dicky, his recent album ‘Professional Rapper” or his viral (NSFW) classics such as “Ex-Boyfriend,” “Lemme Freak” or the recent “$ave Dat Money (featuring a cameo by Westbrook’s teammate KD),” then you are in for a real treat.

He’s also a huge hoop fan that actually has some serious game (go to the 3:00 mark of this video).

And because I feel like bragging about everything I can about Dicky even though it’s Westbrook’s birthday and not his, Dicky also created some NBA commercials during his past life at an ad agency.

So now on to the videos.

And if you are still scrolling looking for a Westbrook video, then I guess I owe you one.