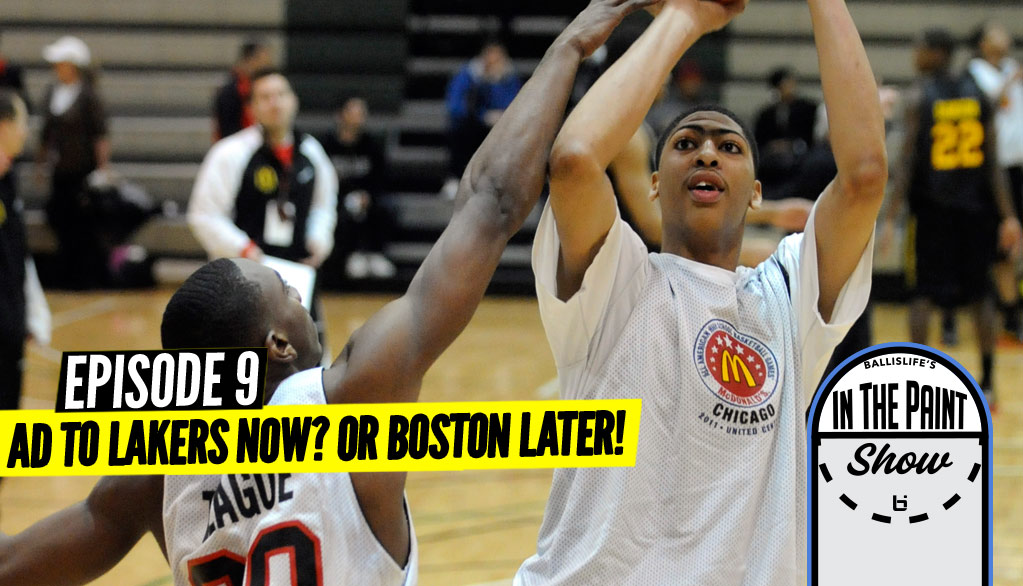 In episode No. 9 of our "In The Paint Show," Ron and Dev go in on the Anthony Davis saga, as things are happening so fast the fellas can hardly keep up! Listen in now before The Brow gets traded! They also dish on Nike Extravaganza and upcoming CIFSS Open Division playoffs!

The Brow On the Move SOON? NBA Trades Gone Wild!

In the eighth episode of our all-new “In The Paint Show,“ hosts Ronnie Flores and Devin Ugland dish on the Anthony Davis saga, as one of the NBA’s best all-around players announces he won’t sign a long-term deal with the New Orleans Pelicans.

There has been a ton of rumors and speculation on what the Davis’ saga means for the league and how he’ll get to his preferred destination — the Los Angeles Lakers. Will the Lakers part with the young core it drafted? Will the Pelicans wait to see what the Celtics can offer after July 1?

In just a few short days, the Pelicans have received an offer from the Lakers and things are moving so fast we try to make sense of it all. We also dish on whom has been the NBA’s most powerful person at various times in its history and how the league has always favored the franchises in the big markets.

We also break down what we saw at the recent Nike Extravaganza, which saw the last appearance against CIF schools by national power Oak Hill Academy of Virginia, and the teams SoCal fans can expect to see in the upcoming eight-team CIFS Southern Section playoffs.

Devin also gives his bold prediction of whom will win the showdown between FAB 50 No. 8 Sierra Canyon (Chatsworth, Calif.) and No. 10 Rancho Christian (Temecula, Calif.), California’s top two ranked teams who play on February 2.

The fellas cover plenty this week, so make sure to give it a listen below and share it with friends!