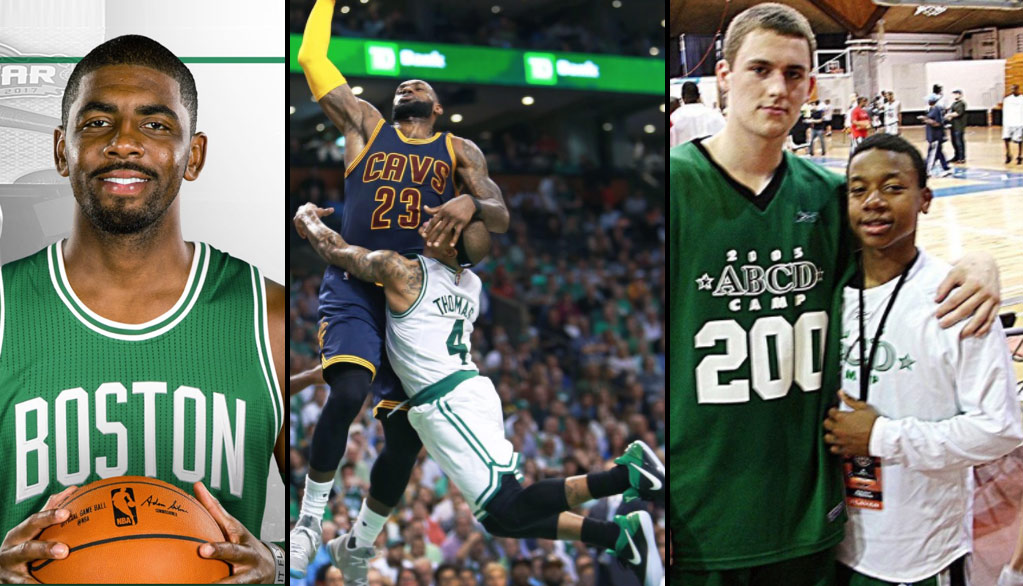 The shocking trade — Irving for Isaiah Thomas, Jae Crowder, Ante Zizic & the Nets 2018 1st-round pick — came just two days after Kyrie Irving wrote “Different year, same killer #KyrieWick” as a response to an image we made showing him in his high school uniform and the Atlanta Pro-Am one he wore this weekend with the caption, “Beardless and back in green.” We got to update the image on Tuesday with the same caption and the addition of a photoshopped image of him wearing Boston green.