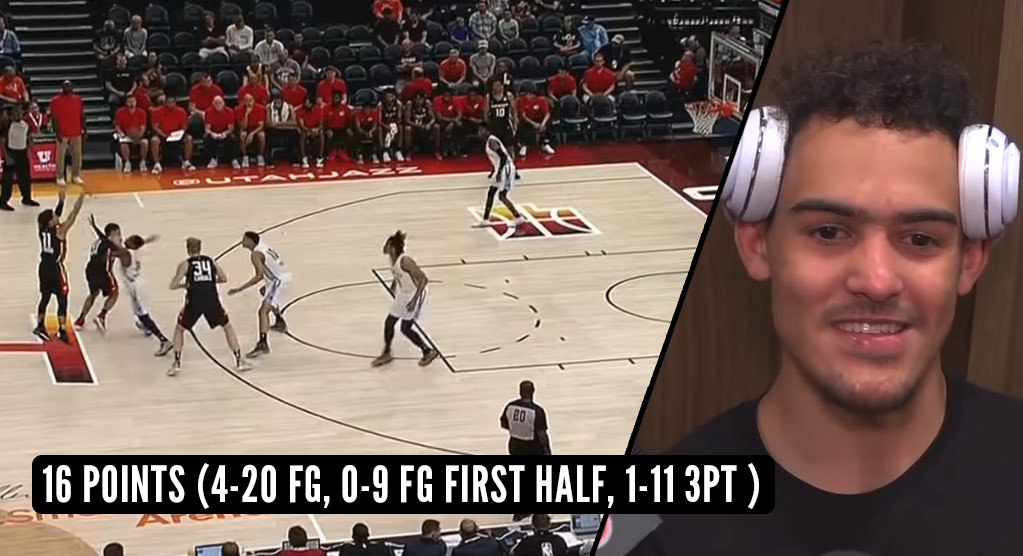 Shooters keep shooting and believe the next shot is always going in. On Monday, Hawks rookie Trae Young backed up that statement by starting his NBA ...(Read more)

Shooters keep shooting and believe the next shot is always going in. On Monday, Hawks rookie Trae Young backed up that statement by starting his NBA Summer League debut with two straight air balls and then clanking his next eight shots.

“I definitely didn’t want to want this, have a game like this,” Young said after his debut. “But overall this is a process. This is just the first one. I felt a lot more comfortable in the second half. Hopefully I can carry that over to tomorrow and just keep going and getting better every day.”

He was better in the second half. His first made shot came two minutes into the third quarter and he finished the game with 16 points on 4-of-20 shooting (1-of-11 from three) in 29 minutes of action. He also had three assists and two turnovers in the 103-88 loss to fellow-rookie Jaren Jackson Jr (who made four threes in the first half and finished with 29 points) and the Grizzlies.

I say this every year and I’ll say it again: Don’t get too excited over how well a player does or does not do in the Summer League. We have seen plenty of players dominate the summer action and disappear in the regular season. I also remember Jeremy Lin dominating John Wall in a Summer League game. And I’ll never forget the Warriors Anthony Morrow putting up 47 points two days after teammate Anthony Randolph put up 42, while teammate Steph Curry wasn’t doing much in a Summer League game.