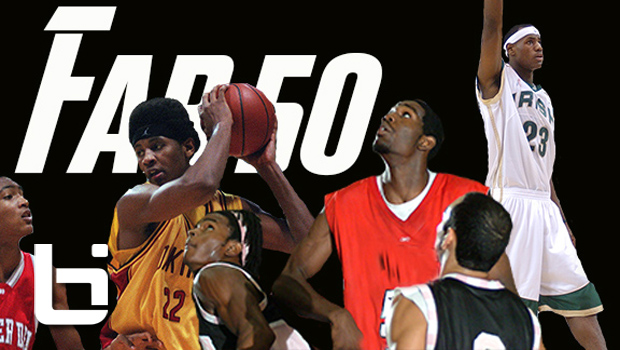 The goal of a state championship or a berth in Dick’s Nationals is beginning to come in focus, as tough regional or state playoffs game lie ...(Read more)

The goal of a state championship or a berth in Dick’s Nationals is beginning to come in focus, as tough regional or state playoffs game lie ahead for many of the teams in the new FAB 50 National Team Rankings powered by Ballislife.com. There wasn’t much movement, but some teams did leapfrog over others on this Leap Year Day 2016. This week’s newcomers are SIAA champ West Oaks Academy (Orlando, Fla.) and DeSoto (DeSoto, Texas), which is eyeing the UIL Class 6A state crown.

Many teams in this week’s FAB 50 National Team Rankings powered by Ballislife.com have an asterisk by their updated won-loss record. For some, such as bubble club McComb (McComb, Miss.), it indicates a forfeit and/or default not counted against its record.

McComb was forced to forfeit a home game to Florence (Florence, Miss.) on February 9 after referees failed to show up in a timely fashion for a district game. The MHSAA ruled there must be a result for district standings and the burden fell on the Tigers, but in our rankings criteria it is a default (i.e. No Contest) because there wasn’t a final result on the scoreboard. For our rankings purposes, McComb is unbeaten on the court as it eyes a Class 4A state title.

For other clubs, unfortunately, the asterisk indicates its season is over — in some cases with a state title in tow. Some clubs who play an independent schedule have completed their regular season but don’t yet have an asterisk because they are hopeful to be one of eight teams invited to Dick’s Nationals in New York, March 31-April 2. No. 12 La Lumiere (LaPorte, Ind.) falls into this category, with newly or to-be crowned state champions from North Carolina, Georgia, South Carolina, Florida or Utah also in the running. No. 9 Providence Day (Charlotte, N.C.) falls into the latter category. The Chargers recently won the NCISAA Class 3A crown, but there isn’t an asterisk by their record because their season likely isn’t done just yet.

La Lumiere would love to see No. 7 Sierra Canyon (Chatsworth, Calif.) knock of top-ranked Chino Hills (Chino Hills, Calif.) in the CIF Southern Section Open Division title game March 5 at the Honda Center in Anaheim, Calif. The Trailblazers handed the Lakers one of their three losses (the other two are to St. Benedict’s and No. 38 Wasatch Academy of Utah) and are coming off an impressive 78-69 CIFSS Open Division semifinal victory over previous No. 7 Bishop Montgomery (Torrance, Calif.).

The Knights, which lost to Chino Hills by four points in a game streamed by BIL, fall twenty spots as they have yet to defeat a FAB 50-ranked club. Chino Hills is five victories away from a perfect 35-0 season and it’s likely RUN GMZ will play no more than that. Paragon Marketing, which executes Dick’s Nationals, hasn’t had any luck getting a California Interscholastic Federation (CIF) member program on board at the event in eight years.

Speaking of Chino Hills, No. 23 Patrick School (Elizabeth, N.J.) leaps up eight spots in this week’s FAB 50. The Celts took the Huskies to overtime in the City of Palms Tournament title game and now deserve to be ranked ahead of new No. 24 Roman Catholic (Philadelphia, Pa.). Not only did it take the No. 1 ranked team in the country into overtime, other results dictate Patrick School be ranked higher, including Roman Catholic’s 30-point loss to No. 2 Montverde Academy.

Even though Roman was leaped by Patrick School, the Cahillites did some leaping of their own after knocking off previous No. 14 Neumann-Goretti (Philadelphia, Pa.) in the Philadelphia Catholic League Tournament final 72-65. Two two Philly rivals split its two games this season.