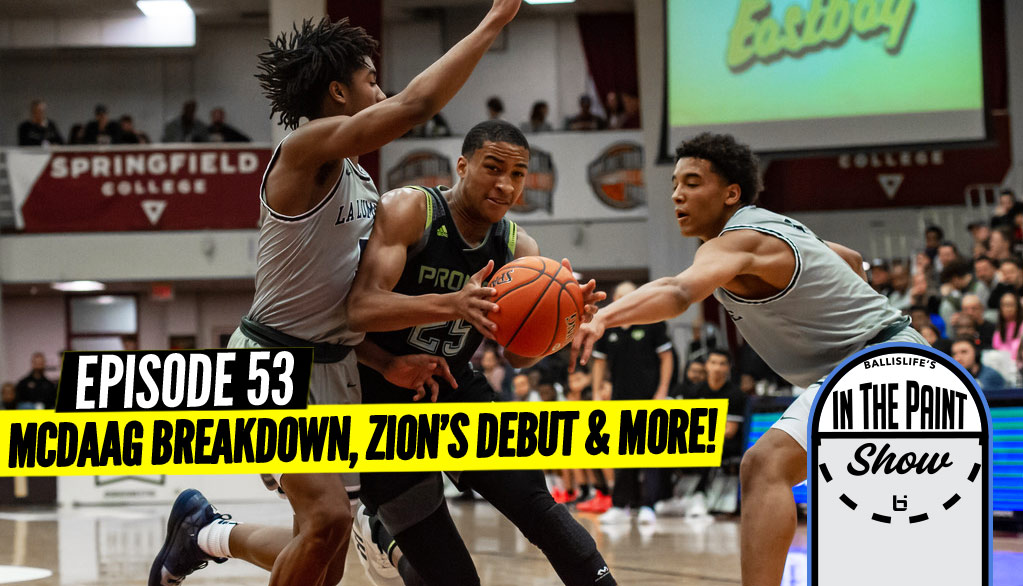 In Episode No. 53 of our "In The Paint Show,"  Ron and Dev break down the roster release for the 2020 McDonald's All-American Game. Did the committee get it right? Who was the biggest snub? The fellas also talk Zion and give their take on the Houston Astros' cheating scandal!

“In The Paint” Podcast GOES IN on McDonald’s A-A Game!

In Episode No. 53 of our “In The Paint Show,”  co-hosts Ronnie Flores and Devin Ugland break down the much-anticipated roster release for the 2020 McDonald’s All-American Game, which will he held on April 1 in Houston.

Did the committee get it right with its selections? Who was the biggest snub? What does it mean when for the second year in a row, one program (FAB 50 No. 1 Montverde Academy) has three McDonalds’ All-Americans after that never happened in the first 41 years of the event? Just how hard is it to make the prestigious all-star game and what is the true percentages of McDonald’s All-Americans that make the NBA and more importantly, stick?

Dev and Ron also break down the record six McDonald’s All-Americans who made the game from California high schools (the previous record was five in 1997 and again in 2008). Should it have been seven? What is the projection for next season out West?

Ron also goes in on the lack of facts when “reporters” attempt to talk or break down the greatest high school teams of all-time. He doesn’t hold any punches!

Dev gives his personal take on the recent MLB baseball scandal involving the Houston Astros and their now-tainted 2017 World Series title. How does it compare to the 1919 Black Sox scandal, the Pete Rose betting scandal or the steroids era?

The fellas also give their take on Zion Williamson’s much anticipated NBA debut debut with the New Orleans Pelicans. Should he have sat out the entire 2019-20 season?  This is one of our most hard-hitting episodes yet, so make sure to give it a listen!