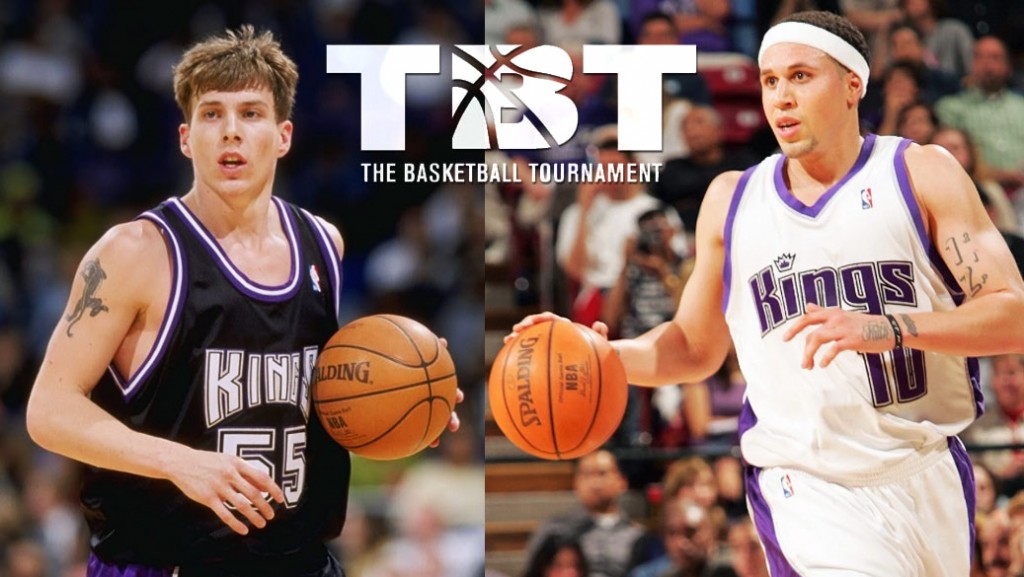 Fans of the late 90s and early 00’s Sacramento Kings are going to love this! Former Kings point guards Jason “White Chocolate” Williams will be running in the backcourt with the man who replaced him in Cowbell Kingdom during the summer of 2001: Mike Bibby.

Bibby – now looking like a cover model for Men’s Fitness magazine – will be joining William’s Orlando pro-am team, Pedro’s Posse, to compete in the $2 million The Basketball Tournament. The team, or should I say Posse, will also have some big names as boosters, including Chandler Parsons, Austin Rivers and Courtney Lee – all vets of the Orlando pro-am league.

And if that wasn’t crazy enough, the Morris Twins and JaVale McGee will play the role of coach and/or GM on other teams.