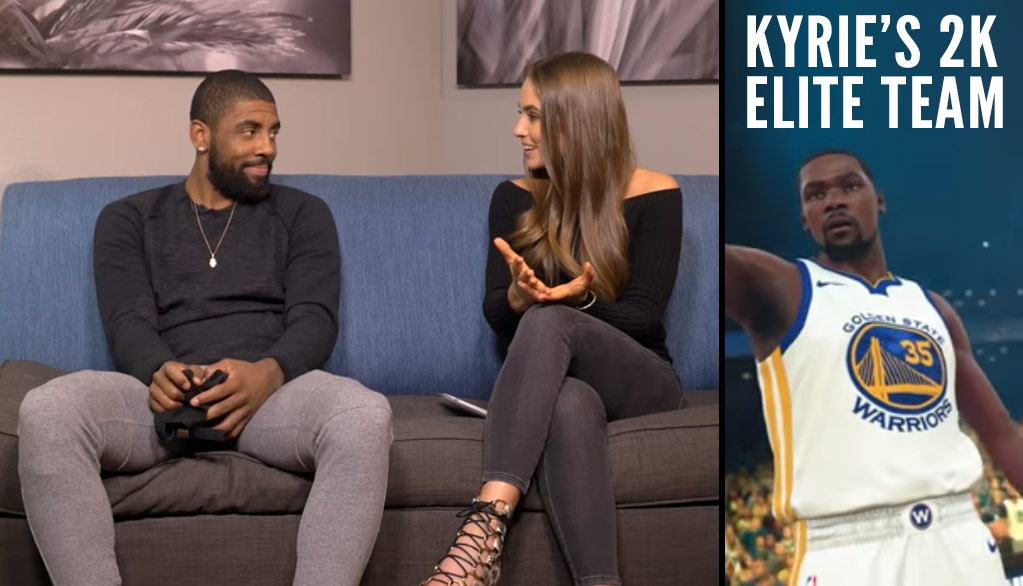 In the season premier, RAD goes behind the scenes of the 2K18 Run The Neighborhood event with Damian Lillard, Tobias Harris and Kemba Walker, then interviews 2K18 cover athlete Kyrie Irving.  The most interesting part of the (waaaaay too short) interview with the former Cav and NBA Live 14 cover athlete was him picking his 2K E-League team.

“I definitely start off with KD. Definitely put Paul George in there. Hopefully Kobe would want to do it if he has some time in his schedule. And then I would have to go with a big like DeAndre Jordan or DeMarcus Cousins.”

If you are the type that likes to stir up trouble, you can point out that the best player in the league is missing from Kyrie’s team. The thumbnail of this throwback video says it all….

And if you missed 2K’s new and awesome “Handshakes” commercial with Kyrie and a bunch of other NBA players as business owners (how did they not include Zach Randolph in this), check it out.