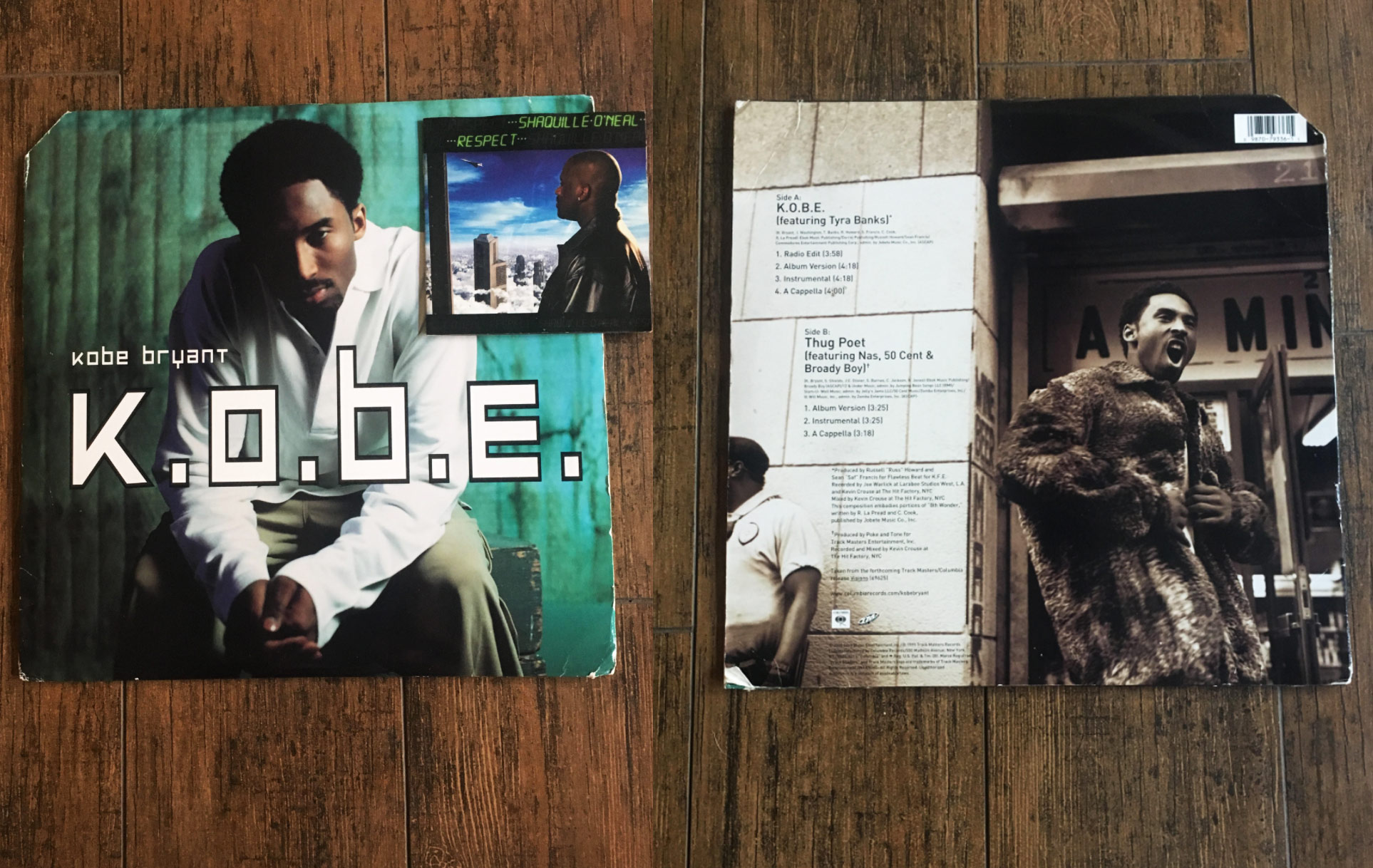 Lakers legend Kobe Bryant doesn’t like to discuss his failed rap career and the fate of his unreleased album Visions. The first single of the “shelved” 2000 album was an awful single called ‘K.O.B.E,’ which featured supermodel Tyra Banks (who was dating Chris Webber around this time). On the B-side of the promotional record (above) was a Trackmasters-produced cut called ‘Thug Poet,’ which featured vocals by a pre-‘Wanksta’ 50 Cent and the great Nas, who is celebrating a birthday today and remains “real hip-hop” regardless of what a certain other Laker thinks.

Over the past few years, Nas and Kobe have been seen hanging out and in a 2012 interview with Rolling Stones, Nas talked about how they are and have been good friends for years. I’m not sure when the friendship started, but I’m assuming it was a while after 2004. That’s the year Nas dropped the album Street’s Disciple, which featured a song called ‘These Are Our Heroes.’ In the song, he takes shots at everybody from OJ Simpson to Tiger Woods and dedicated an entire verse to Kobe, who was going through some rough times with teammate Shaquille O’Neal after the sexual assault case.

Lyrics via Genius.com
Uh, Massa used to breed us to be bigger to go play
Athletes of today in the NBA, make me proud
But there’s somethin’ they don’t say
Keep gettin’ accused for abusin’ White pussay
From OJ to Kobe, uh let’s call him Tobe
First he played his life cool just like Michael
Now he rock ice too just like I do
Yo, you can’t do better than that?
The hotel clerk who adjusts the bathroom mat?
Now you lose sponsorships that you thought had your back
Yeah, you beat the rap jiggaboo, fake nigga you
You turn around then you shit on Shaq
Who woulda knew, Mr. Goodie-Two-Shoes
He love a little butt crack, got enough cash
Little kids with they bus pass who look up to you
To do something for the youth, stupid spoof
But you let them use you as an example
They would rep, but our heroes got they hands full

I’m assuming those lyrics stung a little more than Shaq  — who did a collaboration with Nas and Jay-Z in 1996 on a song called ‘No Love Lost’ — saying, “Kobe, how does my ass taste” during a rap concert. But just like Nas’ relationship with Jay-Z and Kobe’s relationship with Shaq, time heals wounds and it seems the Black Mamba and the man who made ‘Black Zombies’ don’t have any ill will against each other.