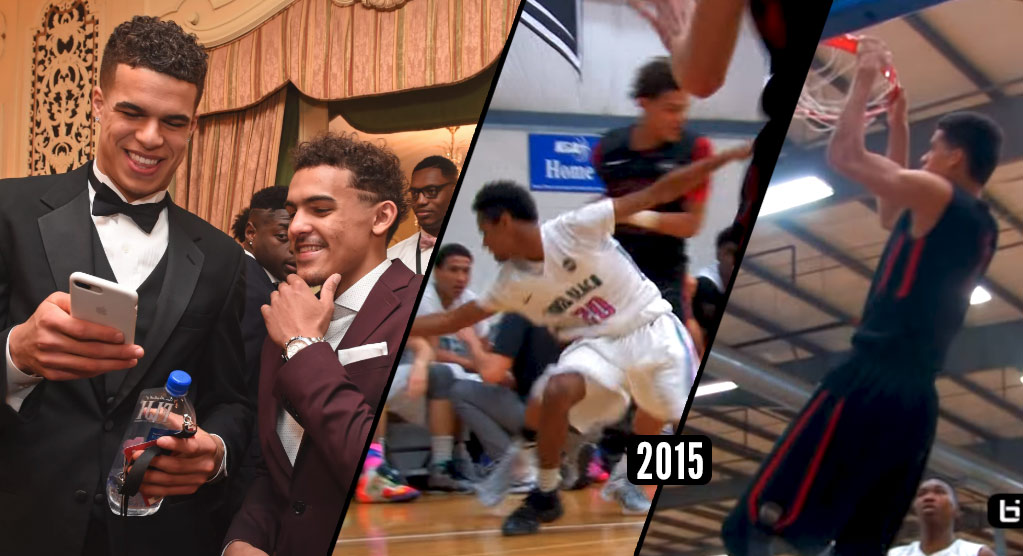 News of Michael Porter Jr cancelling an upcoming scheduled workout in Chicago caused a lot of movement in NBA Mock Drafts. Some are speculating the decision means ...(Read more)

News of Michael Porter Jr cancelling an upcoming scheduled workout in Chicago caused a lot of movement in NBA Mock Drafts. Some are speculating the decision means Porter’s back issue is a bigger issue than many thought, while others are thinking it means the Sacramento Kings might take him (and not Marvin Bagley III, who worked out with the Kings on Monday) with the second pick.

One person who might end up in Chicago on Draft night is Porter’s former AAU teammate Trae Young, who also recently jumped up on a lot of Mock Drafts. The Mokan Elite duo of Porter and Young is one of my favorite high school duos of the past few years and almost became one of my favorite college duos.

“I would have gone to Oklahoma to play with Trae Young,” Porter told Athlon Sports back in 2017. “If my dad was not a coach, I would not have come back to Missouri, mostly because I had not developed a huge relationship with Cuonzo (Martin) yet.”

Two years earlier, Young was pretty positive they would be playing together in college.

“Yep we’re gonna do it,” Young said to USA Today. “We’re putting it out there that we’re gonna play together. We just feel like we can do big things together….We talk or text every day and we know each other’s tendencies on the court. It’s the perfect match.”

How perfect? Here’s some throwback highlights of the two future NBA lottery picks dominating the AAU scene back in 2015 and 2016.