“When the crowd gets quiet, the moment is there,” Said Jordan. “Once you get into the moment, when you know you are there, things start to get quiet, and you start to read the court very well. When Russell reached, I knew the moment was there.”

The moment was a storybook ending so many Chicago Bulls fans wanted for the GOAT: A game-winning shot that gave MJ 45 points and the Bulls a second 3-peat and their 6th NBA Championship in the 90s.

“I didn’t think he could top that performance,” Said Coach Phil Jackson referring to the “Flu Game.” “But he topped it here tonight. I think this was the best performance ever that we’ve seen from Michael Jordan to win a game, win in a critical situation and critical game in the series. He’s proven it so many times, over and over again. Michael’s the guy who always comes through in the clutch. He’s a real-life hero.”

And once again, a Finals MVP.

“Big surprise,” NBA Commissioner David Stern said as he presented the Finals MVP trophy after the game to Jordan. “Michael Jordan, get over here. You grace us with your presence.”

Jordan didn’t have much time to celebrate his historic moment before being asked questions about his rumored upcoming retirement.

“If and when that time comes when I have to walk away, I hope no one will look at me and think any less,” Jordan said. “I have another life I have to get to at some point in time. Hopefully, everyone will understand.”

And what if the shot in Game 6 was the end of his time with the Bulls. Was that the way Jordan always envisioned going out?

Well, the case was he did retire and did grace us with his presence again — years later as a member of the Washington Wizards. He’s now the owner of the Charlotte Hornets — helping him become the first NBA billionaire ever — and the face of the most popular meme on the internet. A meme that represents how each and every person in the below photo felt on June 14th of 1998. 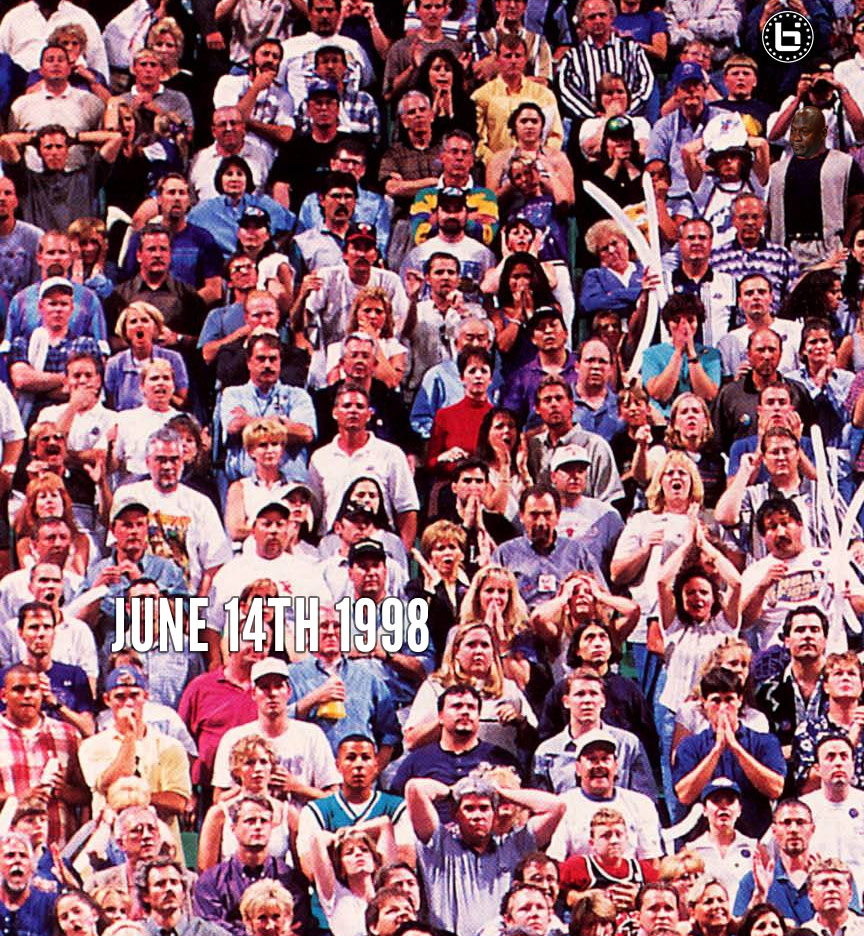 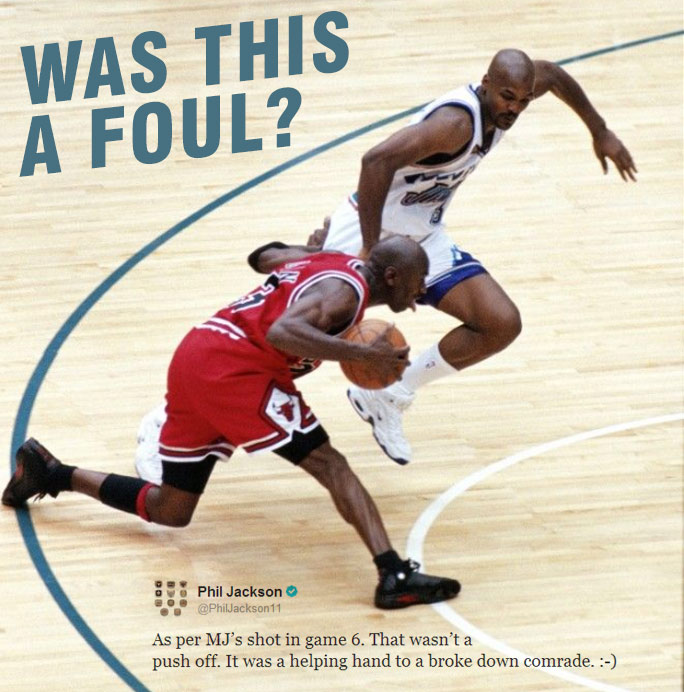 Everyone from Bryon Russell to Steph Curry will tell you MJ got away with a foul or a “love tap” before hitting “the shot.” And in 2013, Phil Jackson had the best answer to the “Was it a foul?” question: “That wasn’t a push off. It was a helping hand to a broke down comrade.”