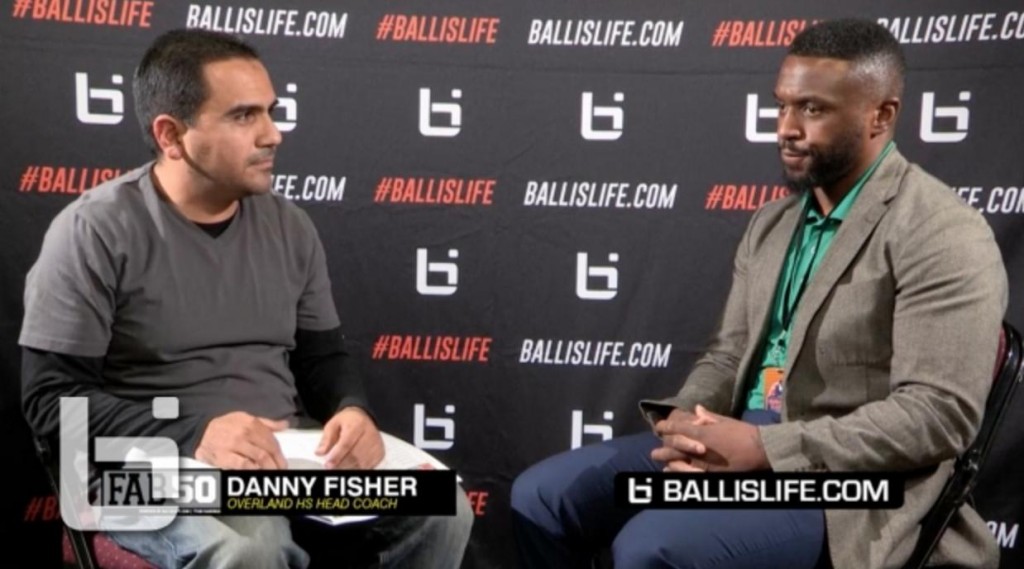 It will be a Bishop Gorman (NV) vs. Overland (CO) Platinum Division championship game at the 2015 Tarkanian Classic. The semifinal victories by Gorman and Overland ...(Read more)

It will be a Bishop Gorman (NV) vs. Overland (CO) Platinum Division championship game at the 2015 Tarkanian Classic. The semifinal victories by Gorman and Overland means we will have a non-California champion in the top division for the first time in the event’s four-year history.

Overland (Aurora, Col.) 64, Bingham (South Jordan, Utah) 55
After a so-so performance at last year’s Tarkanian Classic, Overland has used that experience to propel itself into Saturday’s 6:20 pm championship final. Overland overcame a eight point deficit in the final eight minutes of the second half versus a game Bingham team that ran out of steam at the end. Overland improved to 6-0 behind the play of 6-foot-2 guard Jervae Robinson and Indiana-bound De’Ron Davis. Robinson netted 18 points and is averaging 19.3 ppg through three games. Davis, a 6-foot-9 senior, didn’t score big in the first two Overland wins, but came up with 16 points, 12 rebounds, six blocks and four steals as the Trailblazers handed Bingham its second loss of the season. Davis scoring wasn’t needed in the first two games, but his presence created opportunities for teammates and the team’s perimeter players are much improved from last season.

In last year’s event, Putnam City’s Tyson Jolly elevated his status from a mid-major recruit to one with high-major offers because of his play at this event and the same thing will happen for Robinson. The senior guard hit two late 3-pointers to propel Overland’s comeback. Coach Danny Fisher of Overland felt his team wasn’t prepared for the national competition of this tournament last season, but that experience has paid dividends this time around.

Bingham’s Yoeli Childs, a BYU recruit, led his team with 21 points. Despite being saddled with foul trouble, his absence for an extended period in the first half and the beginning of the second didn’t slow down Bingham. Over the final eight minutes, however, Bingham seemed to tire on its field goal attempts and Overland was quicker to loose balls.

Bishop Gorman (Las Vegas, Nev.) 60, Sagemont (Weston, Fla.) 44
Similar to Overland, Bishop Gorman learned a valuable lesson from last year’s event. The Gaels let Putnam City (Okla.) hang around and that team snatched victory from Gorman at the end. In this year’s semifinals, Gorman jumped out on Sagemont and never took its foot off the pedal, cruising to the finals for the second time in the event’s history. In the event’s first year in 2012, Gorman lost to Mater Dei (Santa Ana, Calif.) in the title game and lost in the semifinals the past two seasons.

After junior wing Charles O’Bannon Jr. caught a one-handed lob dunk to make the score 13-5, the outcome of the game was never in doubt. O’Bannon finished with a team-high 15 points, and is averaging 18.3 ppg through three games in the tournament. Gonzaga-bound center Zach Collins had another well-rounded game with eight points, 15 rebounds and five blocks. “Glue guy” Byron Frohnen came up with 11 points, six rebounds and four assists as Gorman improved to 7-1.

There will be another big-time battle in the post in the championship game between Overland’s Davis and Gorman’s Collins. According to coach Fisher, Overland’s culture is built around Davis; and if the team’s perimeter players continue to thrive off him, the Trailblazers will be a tough out for Gorman. Gorman’s perimeter players are going to have to find a way to slow down Robinson and if he has a good start offensively, Overland will gain confidence. Gorman did a good job of slowing down Sagemont’s Tyler Polley inside, but Davis is even more physical and Robinson finds ways to score around the basket so something will have to give.

With O’Bannon Jr. leading the way, Gorman has a variety of ways in which it can score and seems to come by points easier, so it probably can overcome foul trouble from Collins a bit better than Overland could if Davis were to pick up three in the first half. The refs have tight whistles so far in this tournament, so how they call physical play will be a factor in the outcome of this game. If Gorman plays loose and confident like it did in the semifinal versus Sagemont, you have to like it chances to pull out the win, whereas Overland will likely need a big run or a critical juncture of the game to go its way to remain unbeaten.