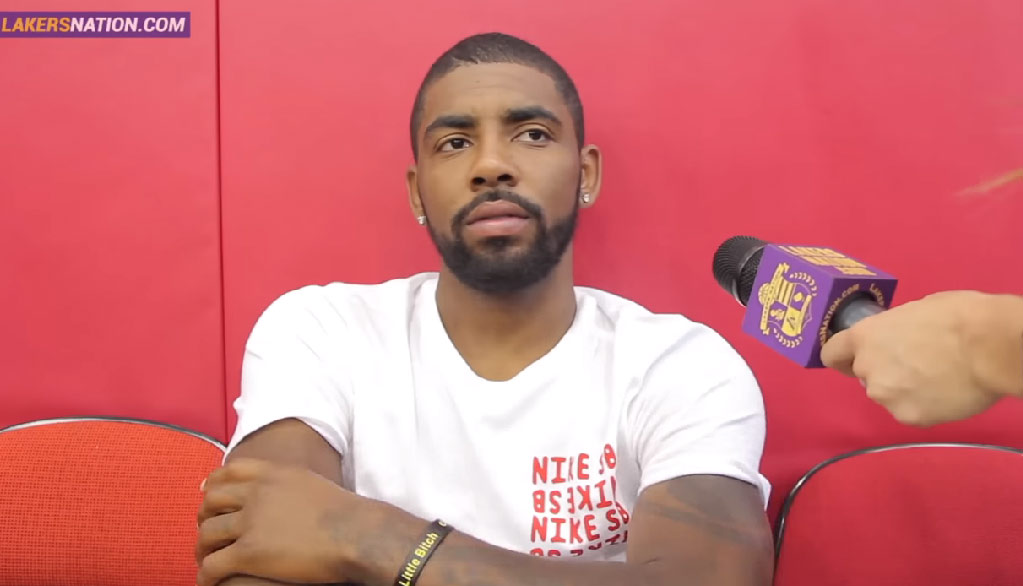 Kyrie Irving has two pieces of advice for you.

Irving wore the slogan on his wrist during a Team USA practice earlier in the week while being asked about the D’Angelo Russell. Irving  complimented the young Lakers but should have just shown his wrist and not said a word.

Or as his Uncle Drew alter ego would say, “Don’t reach youngblood!” Nicolas Laprovittola learned this during the USA’s beatdown on Argentina on Friday after getting crossed, scored on and then having his hand slapped by Irving!

Irving finished the game with 9 points, 6 assists and 4 rebounds in 22 minutes of action.