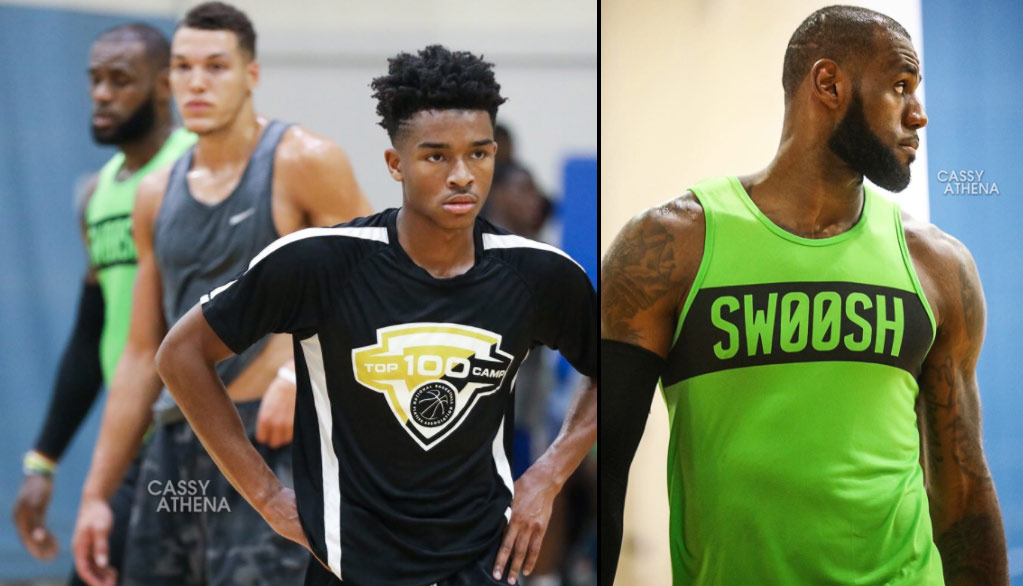 While the internet was rambling about LeBron James and everyone’s favorite Uncle a day after the Cavs/Celtics trade, the King was at UCLA, throwing down dunks in a pick-up game with NBA players like Aaron Gordon, Nick Young, Victor Oladipo and Darren Collison and a few UCLA players like Jaylen Hands, LiAngelo Ball, Cody Riley and Prince Ali. Almost as shocking as the Irving trade (not really, I’m just still shocked from the trade and can’t stop mentioning it), LeBron’s team actually lost to the team with the young Bruins.

According to ‘Legends of Chamberlain Heights’ creator and former UCLA baller Josiah Johnson, LeBron’s team did beat a team with the Warriors’ Draymond Green (figures) and Kevon Looney (the fourth former Ballislife All-American in the building; Hands, Ball and Kris Wilkes are the other three).