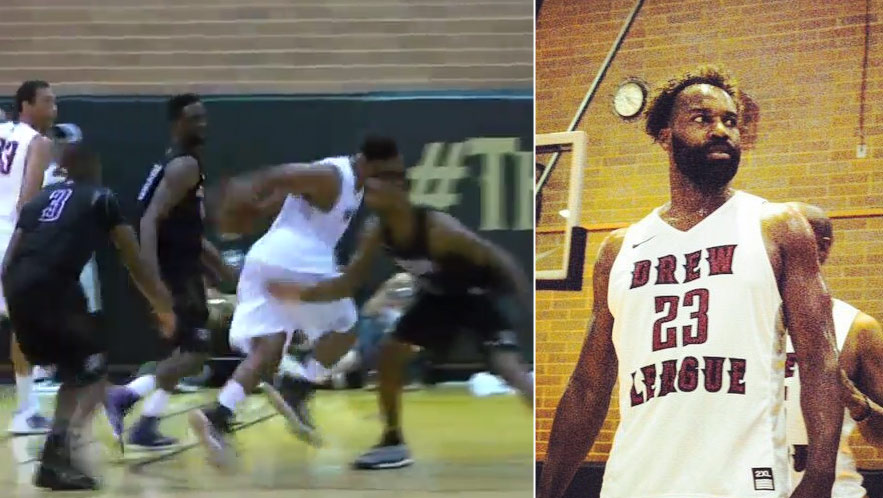 Baron Davis drops 44 points, sick behind the back pass at the Drew League

My favorite beard and point guard in the past 15 years not only has a documentary coming out about The Drew League but he’s still coming out and killing the competition at the Drew.

Last night was no exception when Baron “jheri Curl” Davis dropped 44 points, 7 rebounds and 3 assists including this sick behind the back pass off to Keith “always trying to get me in trouble on G+” Closs in a 27 point victory for the BB4L team.

Every time I see Davis make a behind the back dribble I can’t help but flash back to the late 90s at UCLA when he made this move.

So if you want to see more of the man some call Boom Dizzle then make sure you check out the upcoming doc and stop by the Drew League where you will also catch stars like Nick Young, Metta World Peace and Brandon Jennings.