Some of the world’s most popular digital influencers are set to participate in a celebrity basketball game at the Cerritos College in Norwalk, Calif. Preceding the Clash of the Stars (celebrity influencer game) will be The Bay vs. LA Showcase featuring the best high school players from each region. Visit bayvsla.com for more info

From the team that produces the Ballislife All-American Game and other popular basketball franchises, Ballislife announces the rosters for the second annual Bay vs. LA Showcase + Clash of the Stars basketball showcase. This year’s event will be held at Cerritos College in Southern California on August 25 at 3 pm PT (6 pm ET).

The double header will begin with The Bay vs. LA Showcase featuring many of each region’s top high school basketball players. The two regions have a long-standing rivalry and each has produced some of the most legendary figures in basketball.

Current college-committed standouts slated to play include Team L.A.’s Ian Martinez and Judah Brown. Martinez, from JSerra (San Juan Capistrano, Calif.) is headed to Utah while Brown, from Pacifica Christian (Newport Beach, Calif.), is headed to St. Mary’s. Team LA also includes Shaqir O’Neal of Crossroads (Santa Monica, Calif.), the son of NBA Hall of Famer Shaquille O’Neal, and 6-foot-11 Makur Maker, who 247Sports.com ranks as the No. 2 overall prospect in the 2020 national class.  The SoCal team also has one tenth-grader (2022) on its roster in highly-regarded Skyy Clark of Heritage Christian (Northridge, Calif.). 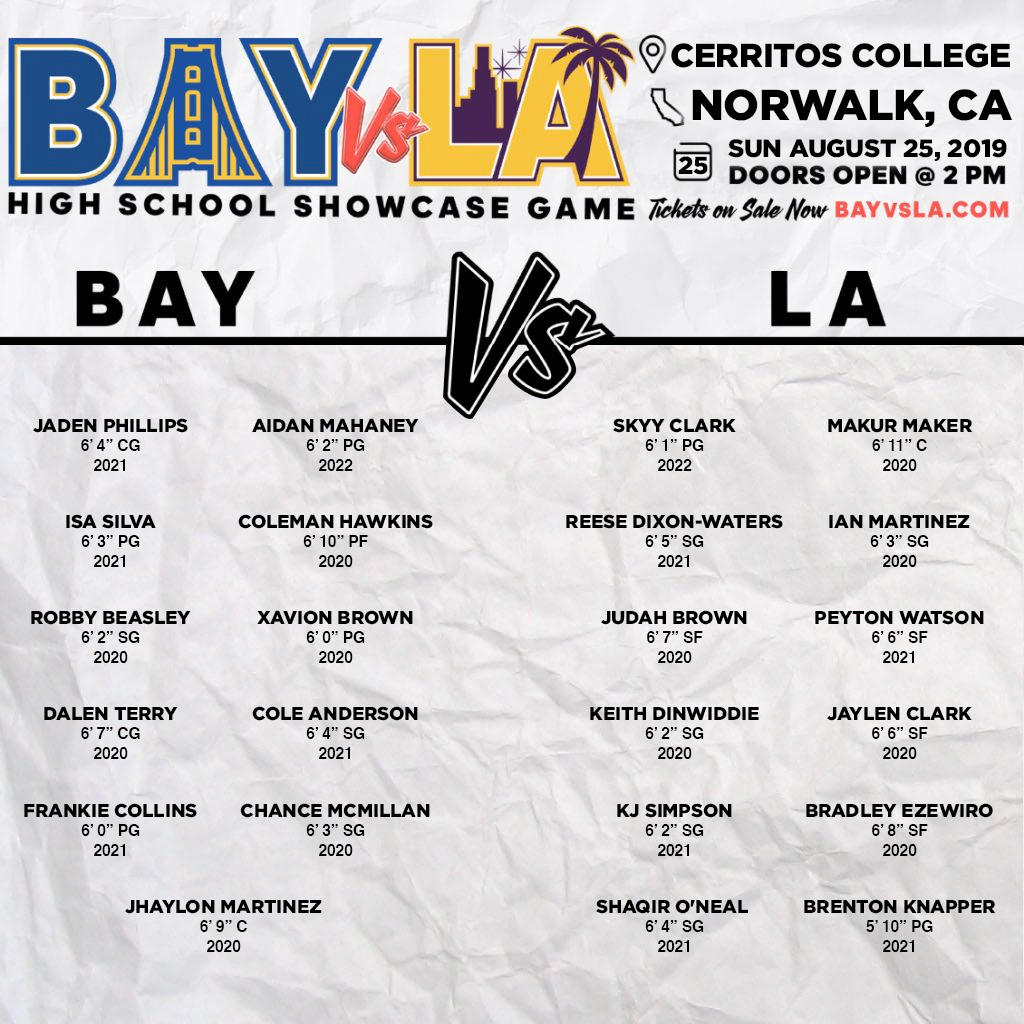 Tickets (1 for $20, 2 for $30, first come, first serve general admission) for the Bay vs. LA Showcase + Clash of the Stars can be purchased at: bayvsla.com