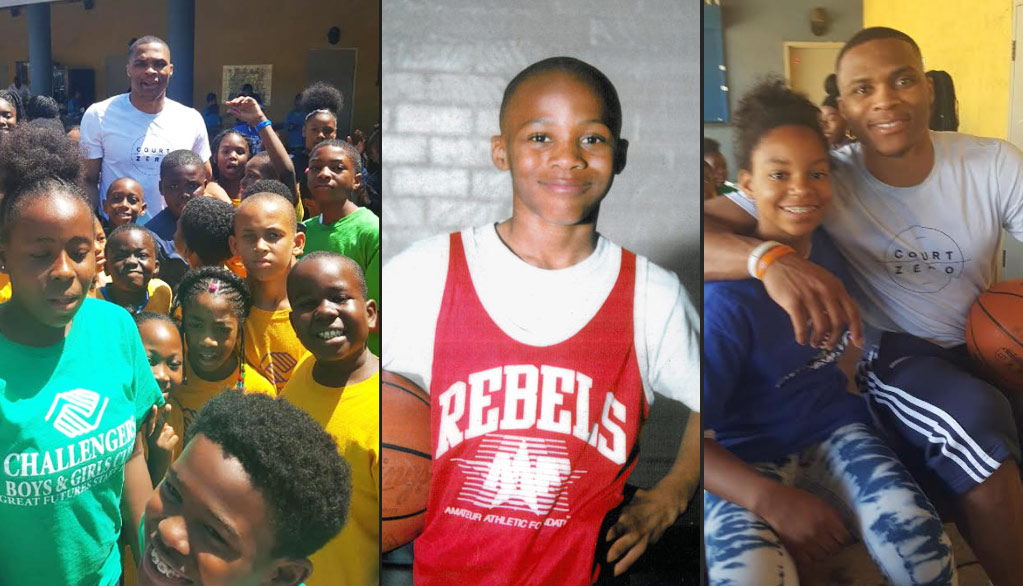 By Erik Woods, Special to Ballislife.com

What exists on the corner of 50th and Vermont in South Los Angeles?

For hundreds of kids this particular corner in the hood services daily, children of God, who are loved, nurtured, developed and inspired. NBA star James Harden found paradise, Russell Westbrook, too. In fact, you can find Russ’ shoes in the front lobby, along with Shaq’s size 22.

But what’s real in Paradise? Only one percent of one percent of dreamers makes the NBA, but I’m trying to celebrate people like Deric Daniels. The former Pacific University and Manual Arts (Los Angeles) standout is a dope brotha who services young minds at this two-story building known as the Challengers Boys Club. Daniels and many other dedicated folks teach kids skills, SAT Prep and organize sports (not just basketball).

This club is an oasis of hope, in a community struggling with unemployment. As the great American poet Maya Angelou said:

“You may write me down in history
With your bitter, twisted lies,
You may trod me in the very dirt
But still, like dust, I’ll rise.”

When I taught around the corner from The Club in 1996 at Weemes Elementary School in 1996, I had 34 kids – 50 percent Latino, 50 percent African American. Four of the 16 black students had a dad. Where were they?

Are you ready to hear? Can you handle the truth?

Although black males make up six percent of the United States population, they are arrested at a crippling rate. According to USA Today, nearly 50 percent of black men have been arrested once by the age of 23. The point is, why is society so afraid? Who is left to raise children left behind?

Well, The Club tries its hardest to fill the void. It has tremendous role models such as Daniels and other staff members at The Challengers Club are primarily African American and Latino, as are the children it services.

It’s that smile from a cafeteria worker giving food to a kid growing his or her mind. It’s the gym supervisor taking the time to show volleyball. The Challengers Club is about the kids, and for the kids, while on its mission to serve the needs of a generation forgotten.

I could tell you how Russ and Harden balled up folks at the club, but this is not just about two great guys who came through the club. It’s about hope, a place in the community where lives are shared, a smile given freely and a dream planted in the minds of impressionable youngsters.

Corey Dantzler, leader of this esteemed place, said, ” This is where young minds grow, solid habits take root, and a sense of self determination is manifested in our kids hearts.”

People see Harden and think “The Beard”, the next NBA MVP, or see Russ as the next MVP. Yes, perhaps, but you know what I see? Just two youngsters from Los Angeles and the club that made good on their God- given talent.

If one of them had a turn of bad luck, like a severed leg, or messed up hand, maybe no NBA dreams fulfilled, but this special place still would’ve helped Westbrook and Harden become successful members of society…no matter if they are ballers or not. They are not NBA stars here; they are family. 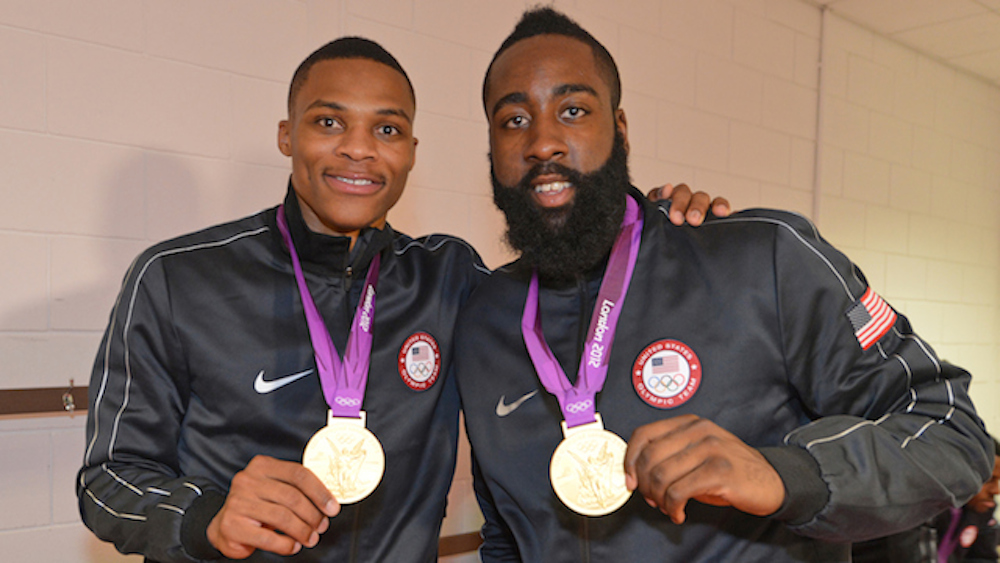 Russ and James come back to 50th and Vermont, to volunteer, to help be that “real one ” to kids. This could have been a story of how Russ learned to “triple double dudes” in his early years, but that’s not real. This is a story of how two kids, along with thousands of others, have been cared for at the club.

How can you support The Club? Donate your time, be a mentor. Build trust with them in your kid. I would trust Dantzler with my own 16-year old daughter Giselle because he’s a genuinely good person. Corey, I’m just blessed to know him. I can’t say you’ll mentor the next Russ or Harden, but I can guarantee something even bigger — you’ll change someone’s life for the better and they will in return thank you for it down the line.

In a country where we celebrate ballers, MVPs, NCAA and NBA chips, the real heroes reside at 50th & Vermont, because they’re on the grind to all God’s children who deserve a mentor. They’ll thank you, even if they don’t see you for 21 years, as is the case with Obie McCray, a student of mine at Weems in 1996 that I remember and think about often after all these years.

You’ll actually thank yourself for being that person who found paradise in the form of a community filled with pride and love called The Challengers Boys Club. 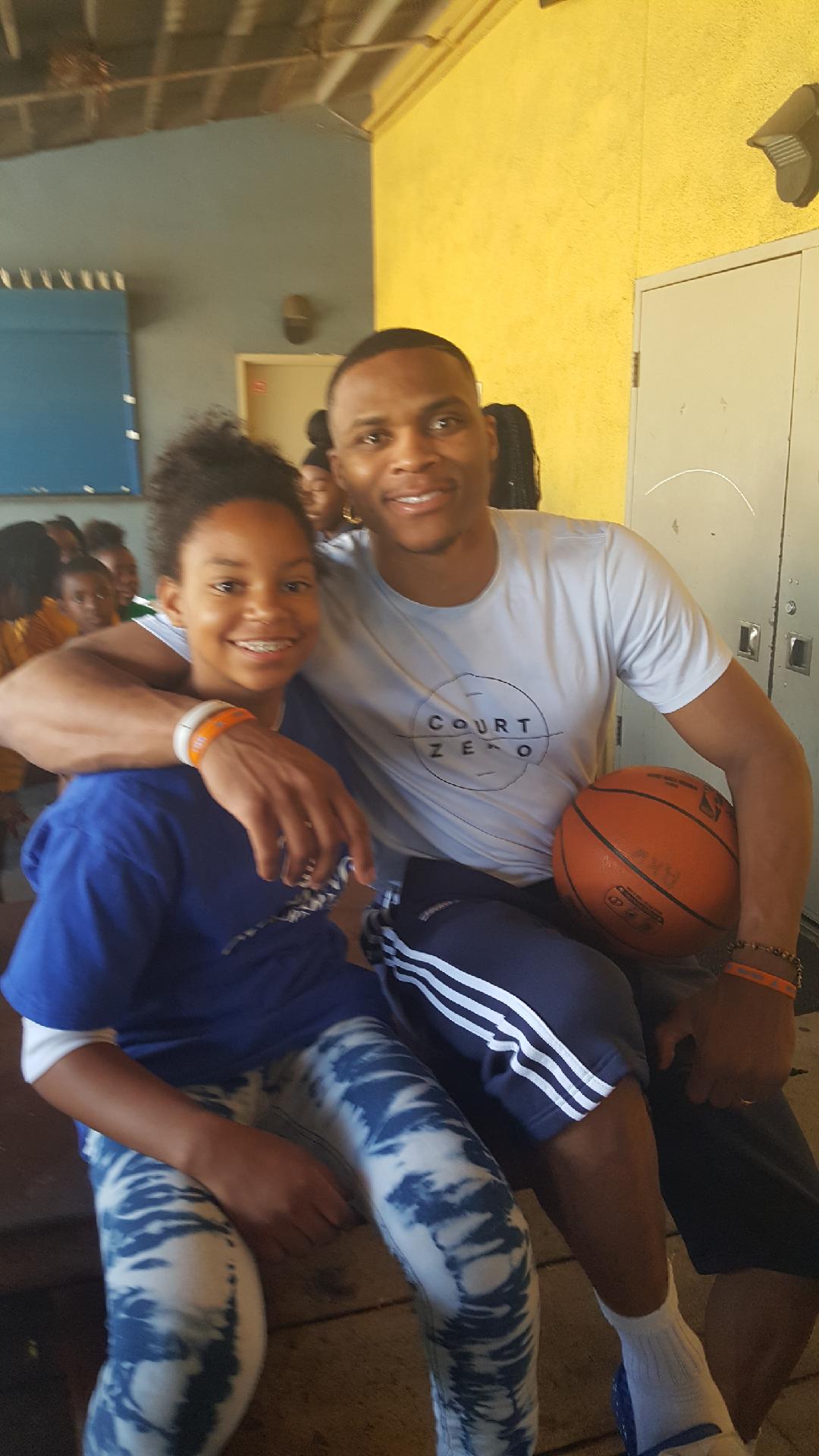