Do you remember about 6 years ago when Kendrick Perkins was ejected for throwing a hard foul at Jason Maxiell? Probably not, that’s why I included the video above. You can tell from the video clip that Maxiell has no issues turning into Mad Max when he feels disrespected; You can also tell from the clip that always mean-mugging Kendrick Perkins isn’t afraid of anybody – partially because he’s 6’10 and about 280 pounds.

CBA player Wu Ke is 6’10 but about 60 pounds less than 280 and definitely isn’t as tough as Perkins, as evident by this amusing video clip of him running for his life after throwing a cheap shot foul at the 6’7 260 pound Mad Max.

Thankfully for Wu, his Flaming Bulls’ teammate Michael “CBA All-Star Game MVP” Beasley was there to calm Maxiell down with a hug.

If the cheap shot wasn’t enough to frustrate the 10 year NBA vet, Maxiell’s team lost the game and are out of playoff contention with a pretty awful 8-26 record.

I think he needs more than a hug. 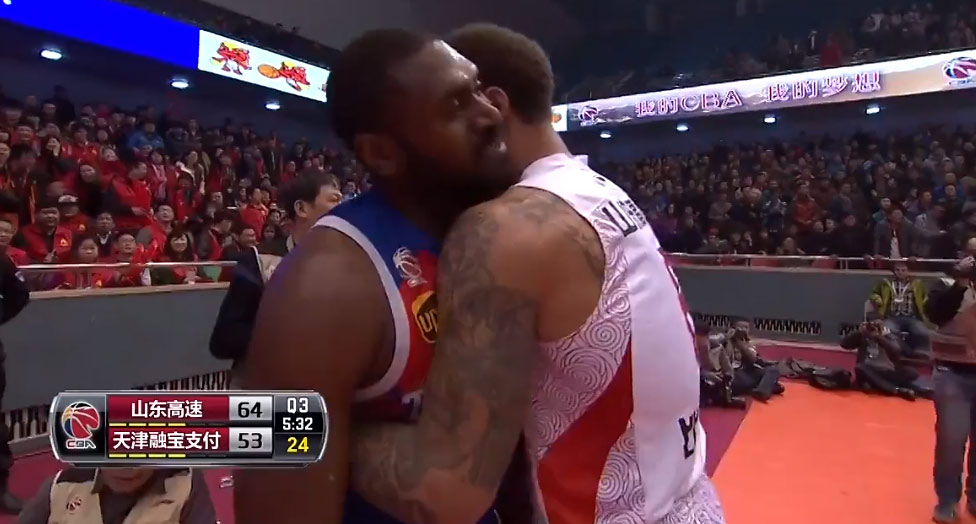