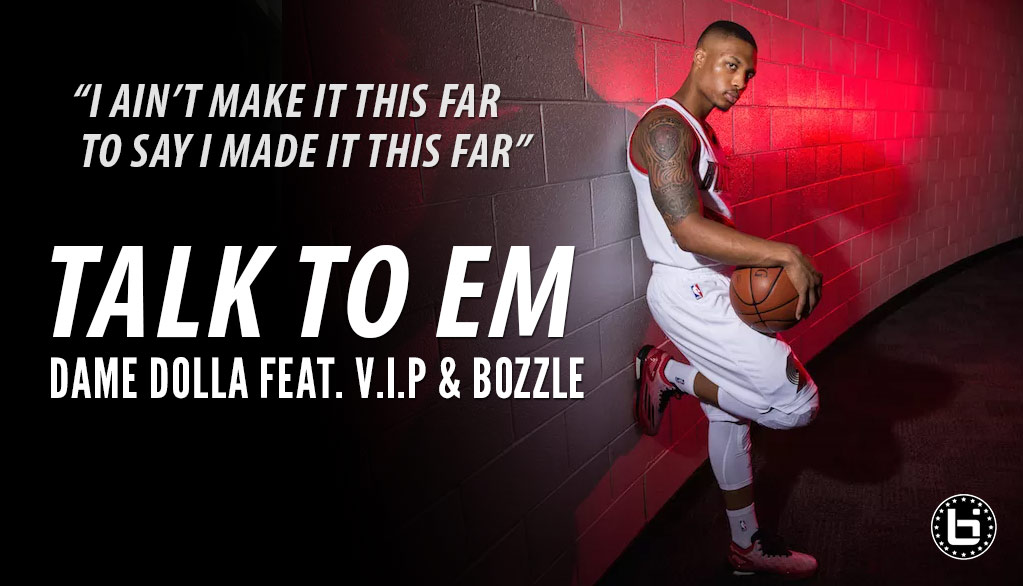 According to TMZ, Damian Lillard’s impressive skills on the Mic has captured the attention of “several major labels.”  Although Dame is interested, his agent said he’s exploring those options as well as the idea of starting his own label.

I also have a great interview with Dame from earlier in the season about his music career, influences (Juvenile), Oakland rappers (including 2Pac), Kobe’s rap record, etc, etc and will be releasing it this summer. In the meantime, let’s check out his latest track, called ‘Talk to em’ featuring V.I.P, Bozzle and production by Jahlil Beats.