On December 19th of 2016, Deshawn Stevenson announced he was retiring from the NBA. I know what you are thinking: Hasn’t he been retired?

Stevenson’s’ last NBA game was back in April of 2013, but the man with an ATM in his house, who used to bet $20,000 on 3-point contests, never officially said he was done playing in the league and trying to get on LeBron James’ nerves…until today. According to ESPN, the “defensive-minded shooting guard” wants to focus on his kids and barbershops in the Orlando area. Cool.

For those who don’t remember much about the former NBA champ, he had a lot of talent; He was drafted to Jerry Sloan’s Jazz right out of high school. He was also a headache and almost drafted to prison right out of high school. To me, the most amusing story about Stevenson’s decision to not play college ball for the JayHawks has to do with the SAT test. As a sophomore, he took the SAT and scored 450 – not so great. Two years later, as a senior, he got a 1,150! Did he really learn that much in two years? That increase turned into a big red flag, making him temporarily ineligible to play. He retook the test again and got a 650, which is below the 820 he needed and way, way below the 1,150 “he” received on his second try. Hello NBA!

Despite flashes of brilliance here and there, Stevenson mostly made headlines during his NBA career for his off-the-court relationships and stories — like having a $20,000 shooting contest with Gilbert Arenas.

Or having $20,000 in an ATM in his house, which was refilled every six months. As amusing as charging friends $4.50 transaction fees to use a personal ATM is, his most amusing moments came between him and LeBron James.

Back in 2008, Stevenson called James “overrated” after a victory. When James was asked about Stevenson’s comments, he replied it would be “like Jay-Z saying something bad about Soulja Boy. There’s no comparison. Enough said.”

When the Heat and Wizards met again in the playoffs, Stevenson got Soulja Boy courtside seats to troll LeBron during Game 3, which was won by the Wizards. Not to be outdone, LeBron got Jay-Z to create a diss song for Stevenson and had it played at a popular club in Washington D.C.

LeBron had the last laugh that season as he put up a triple-double in a 105-88 victory in Game 6 of the series.

But Stevenson, as a member of the Dallas Mavs, got some payback two years later when he got under LeBron’s skin again and the Mavs beat the Heat in the 2011 NBA Finals. Stevenson celebrated the championship by wearing a “Hey LeBron! How’s My Dirk Taste” T-shirt — a reference to the hilarious “Hey Kobe, how does my a$$ taste” freestyle by Shaquille O’Neal. 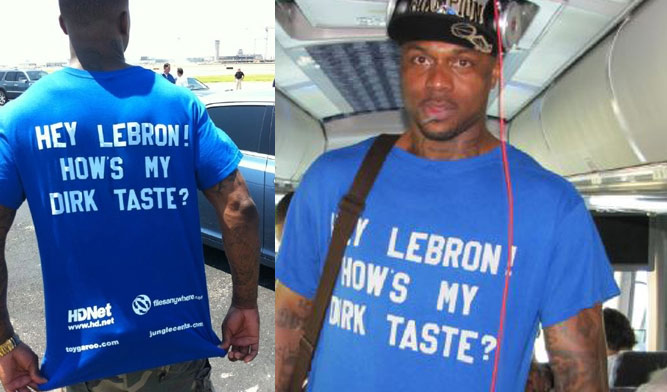 Stevenson then had two forgettable seasons with the Nets and Hawks and found himself without a team in 2013. Being the hilarious guy he is, guess who he wanted to join?

Miami Heat Where I Wanna Go!!! Lebron Make it Happen

So here we are almost three years later. Reminiscing about some fun times as if we were in a barbershop. A barbershop like Playoffs Barbershop on 2145 Americana Blvd in Orlando, Florida (how did you like that shameless plug?). 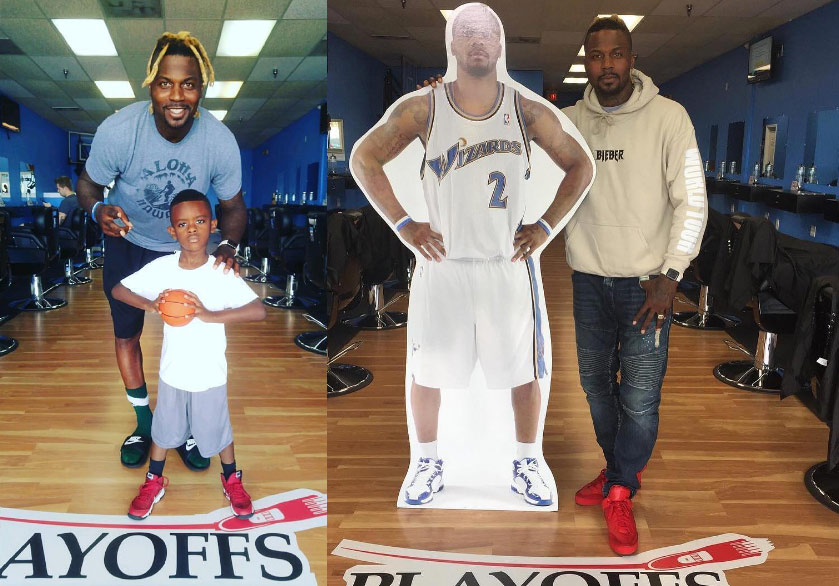