Some father and sons like playing catch with a baseball. Some prefer to throw a football. If you are one of the greatest shooting guards and poster makers of all-time with a son capable of throwing down windmill dunks, you throw lobs off the backboard to each other.

Here’s 36-year-old Dwyane “Don’t Go” Wade and his 16-year-old son, Zaire “Young Flash” Wade, wearing the same outfit (shouldn’t the teenager have shorter shorts?) and throwing down alley-oops from each other.

As a father of two (and reader of Wade’s book A Father First – How My Life Became Bigger Than Basketball), videos like this really touch my heart. As someone who remember watching Dwyane when he was the “Young Flash” on the 2003 Miami Heat, videos like this makes me feel old as shit and thinking my heart is going to stop anyday now. Hopefully it doesn’t happen anytime soon because I’m really looking forward to seeing Zaire follow in his father’s footsteps. 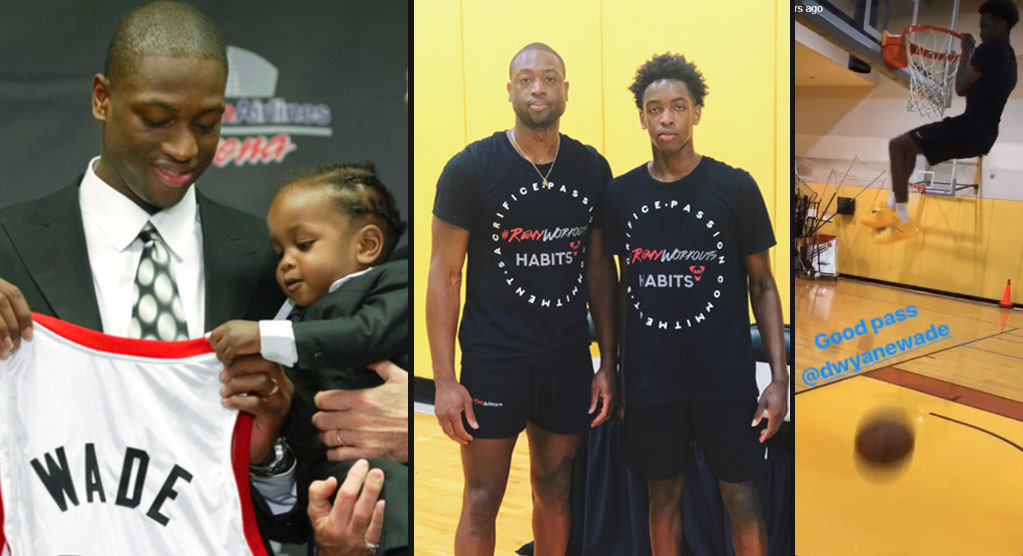 Here’s a few of my favorite vids of Zaire, starting with him telling Rachel Nichols his Dad doesn’t dunk enough.

Playing Kobe at the 2016 All-Star game

Zaire gets a car for his birthday