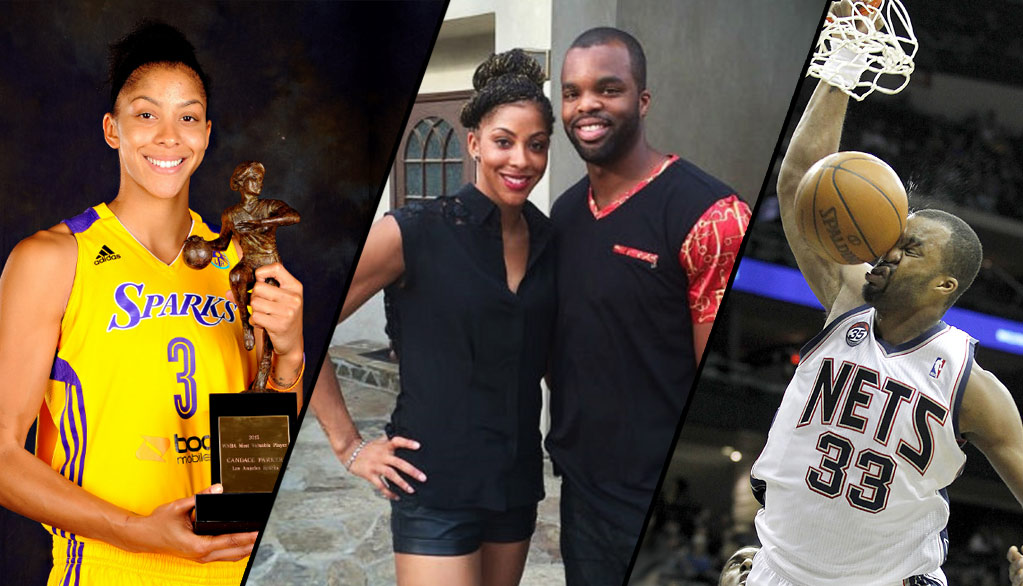 For all I know Candace Parker is an abusive wife, evil mother and a horrible person to be around. For all I know Shelden Williams is Mr Right, Mr Mom and the coolest guy in the world. But I don’t know anything about the married ballers except for what I have seen on TV and read in the papers.  And what I know about Parker is she’s a female basketball legend who once beat Josh and Jr Smith in a dunk contest, had the most impressive WNBA debut ever and recently added WNBA Champion to her resume. What I know about former Dukie Shelden Williams is he was the 5th pick in the 2006 NBA draft – right before Brandon Roy and Rudy Gay and ahead of guys like JJ Redick, Rajon Rondo, Kyle Lowry and Paul Millsap – and he ended up playing on seven teams in six years and never made any positive noise on any of them.  His best season was probably his rookie season, when he put up 5 and 5 a game and averaged a double-double in the final two weeks of the season.

Despite the not-so-impressive numbers, his NBA contracts still totaled over $12 million and he ended up marrying and having a child with the very popular and talented Candace Parker. And according to TMZ, Williams is now filing for divorce from Parker and…..he’s “demanding spousal support!”

According to the divorce docs, Williams says the two separated back in August and are living apart. Now, he wants to officially end their 7 year marriage, citing irreconcilable differences. He’s asking for joint custody of their kid.

But get this … Williams — who reportedly made more than $12 MILLION during his NBA career — is demanding spousal support from Parker. He also wants her to pay his attorneys fees.

According to Net Worth Tomb, Parker has a net worth of $1.5 million and makes a little over $220k a season in the WNBA until her $875k contract ends in 2018.  That $875k contract is a hundred thousand less than what Williams made averaging 5 points and 6 rebounds during his final season in the league. But she also has her overseas deal which can pay up to $1.2 million a year.