16 year old Michael Porter Jr is one of the top players in the 2017 class, is nicknamed “Baby KD” and is now all over ESPN like KD after he jumped from almost the free throw line and posterized a defender.

The last time I saw a player jump that far on an in-game poster dunk was in the mid 90’s when Eddie Jones took flight on Andrew Lang.

We have seen a few players in the NBA try to do free throw line dunks during a game since. Sometimes they were successful, like LeBron.

Maybe in a few years we will be adding Porter to the list. And just in case you were wondering if Porter can dunk from the free throw line. 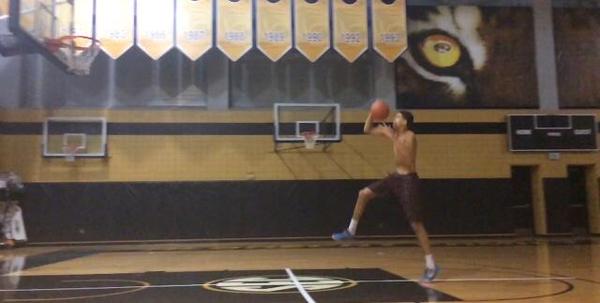