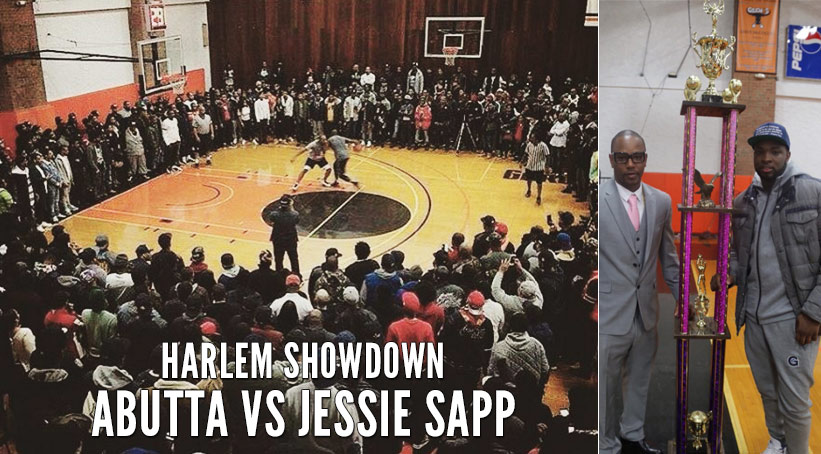 During a stormy day in the summer of 1999, Vince Carter became a Rucker Park legend when he shut the Gauchos Gym down, twice, with a pair of crazy dunks including a windmill alley-oop. On that same day, a 6’2 18 year old by the name of Adrian Walton aka Whole Lotta Game also made a name for himself by scoring 37 points against Carter.

On Sunday, February 21st of 2016, a much older Adrian Walton, who also goes by ‘A-Butta’ and ‘Hollywood A,’ took on former Georgetown Hoya Jessie Sapp in a much hyped Eastside vs Westside Harlem 1-on-1 game at the same gym where he became a streetball legend.  But this best of 3 series for money didn’t end well for Walton: Sapp destroyed him 32-8 in the first game and 32-15 in the 2nd.