Hoodie Melo is cool but I want to see more highlights of White T Devin Booker!

After watching this video a couple of times, I went on a Booker binge on YouTube and made a playlist of recent videos of the 20-year old future All-Star who Kevin Durant recently praised during an appearance on The Bill Simmons Podcast.

“I love Devin Booker, man. He loves the game, and he’s like a dog. He’ll talk shit. He’ll rough you up. He’ll get up into you. You better watch out for that boy, because he is nice. He’s next. I’m telling you.”

KD has actually been a fan of Booker for a while. Back in 2012, Booker was one of the standouts at the Kevin Durant Skills Academy. Here’s ESPN’s Reggie Rankin’s evaluation of Booker at the camp.

Booker gets your attention right away with his size and shooting range to the arc off the catch or dribble. He plays with energy and urgency, and is in the process of building his game. He is working to fine-tune his ballhandling, as well as become a better rebounder and on-ball defender, at which he is very capable of excelling. Booker has all the makings to be a complete wing with continued development. 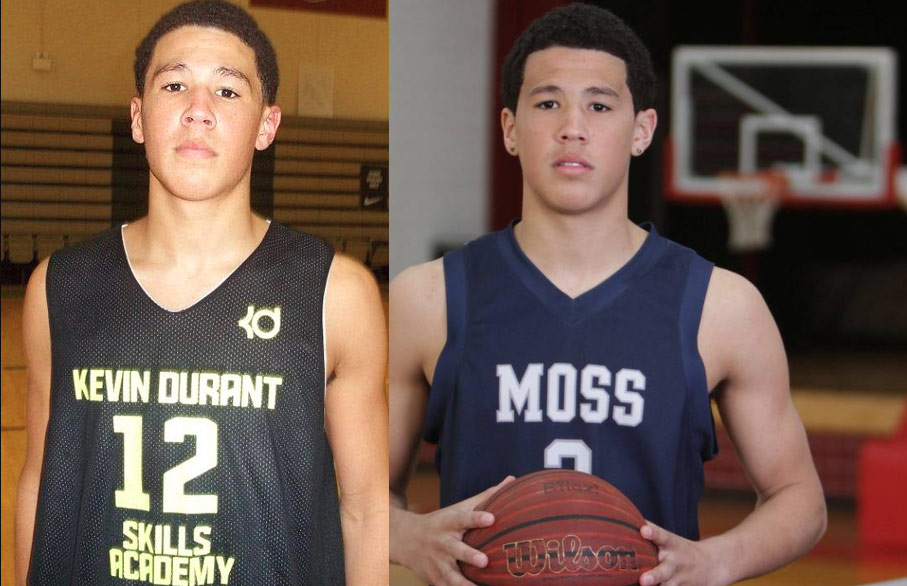 During a previous visit to Simmon’s Podcast, KD also said he wanted the Thunder to draft him.

Unfortunately for OKC, the Suns drafted Booker with the 13th pick and they ended up using the 14th pick on Cameron Payne, who turned out to be a good dance partner for Westbrook.

And here’s the Booker playlist I mentioned earlier.

How many deeeep threes did he hit over Eric Bledsoe?

The poster dunk on the Rockets’ Kyle Wiltjer still shocks me.

KORZEMBA: 5 STORIES THAT PROVE BOOKER IS THE NEXT KOBE

YouTuber Mike Korzemba compares Booker and the man who told Booker to “be legendary.”

Booker supposedly doesn’t like to be called “Book” but I’m sure he will still appreciate this journey video that starts with Booker announcing he’s going to Kentucky and end with his 70-point explosion.