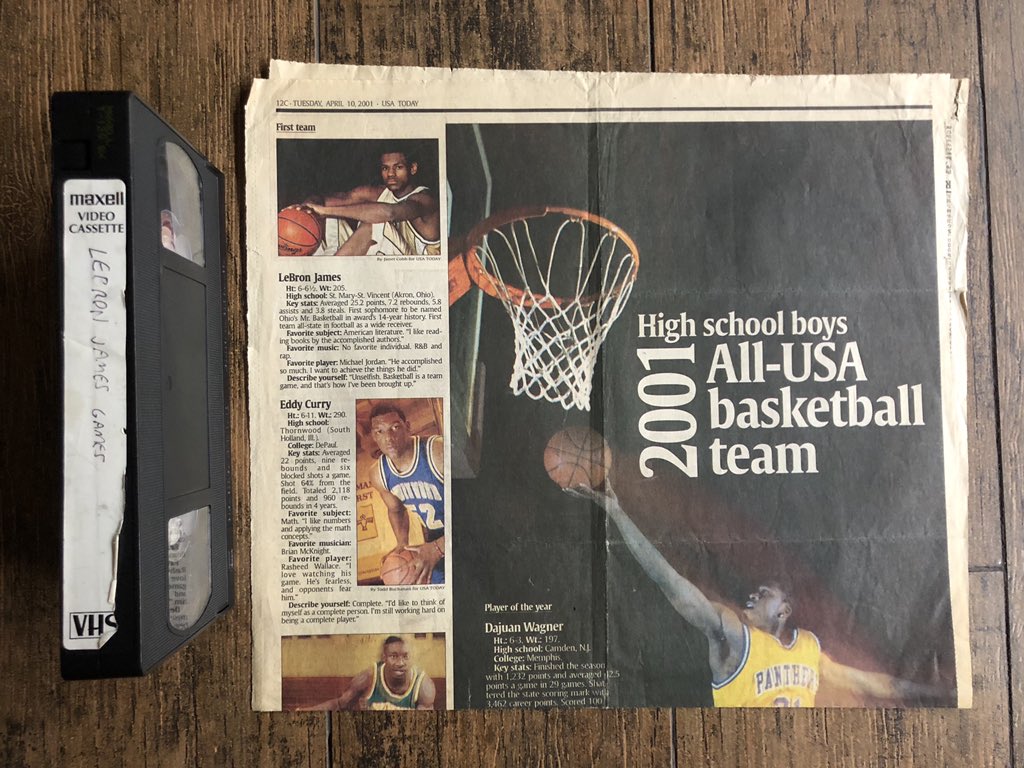 It’s 2013, 11 years since the days of buying VHS tapes of LeBron James’ high school games off eBay and trying to record every single ESPN feature about the teenager on the cover of Sports Illustrated next to the words “The Chosen One.” The one that USA Today chose for two straight years to put on their All-American Team. The one international teams were trying to sign while he was still a junior in high school.

Being able to play in professional basketball before your senior season of high school sounds a little ridiculous but it’s one of my favorite ridiculous conversations to have about LeBron. I know saying he was NBA material at age 16 and 17 sounds like I’ve been smoking with Bill Walton but do you think high school senior LeBron would have played any worse than Kwame Brown, Dajuan Wagner or Eddy Curry during their rookie seasons in the league? Those three prep-to-pro players were USA Today first-team All-Americans along with sophomore and junior James (pictured above).

We all know what James did as a high school senior, especially when ESPN started showing his high school games in December of 2002. He dominated teams, highlight reels and won every award imaginable. And after going to his high school prom, he took his controversial Hummer, $90 million dollar Nike contract and game to Cleveland, where he put up 25/9/6/4 in his NBA debut. He followed that up with a near triple-double (21/12/8).

So if he was able to put up All-Star numbers during his first week on the job, don’t you think he had the talent to at least put up “scrub numbers” a year earlier?

Anyways, here’s a cool graphic showing LeBron’s stats from every one of his high school games followed by some of the best videos of the King during his prep days. ESPN DAY IN THE LIFE OF LEBRON