The Cavs were 4-0 since Kevin Love returned from his hand injury. Then in the first quarter of the Cavs game against the Miami Heat, Love took an elbow to the face from Jordan Mickey, left the game and the Cavs ended up losing 79-98.

The following shot of Love’s loose tooth (no Banana Republic ads for a while) is probably the best tooth shot we have had since his former childhood and Cavs teammate Isaiah Thomas had a tooth knocked out in last year’s playoffs series against the Wizards. 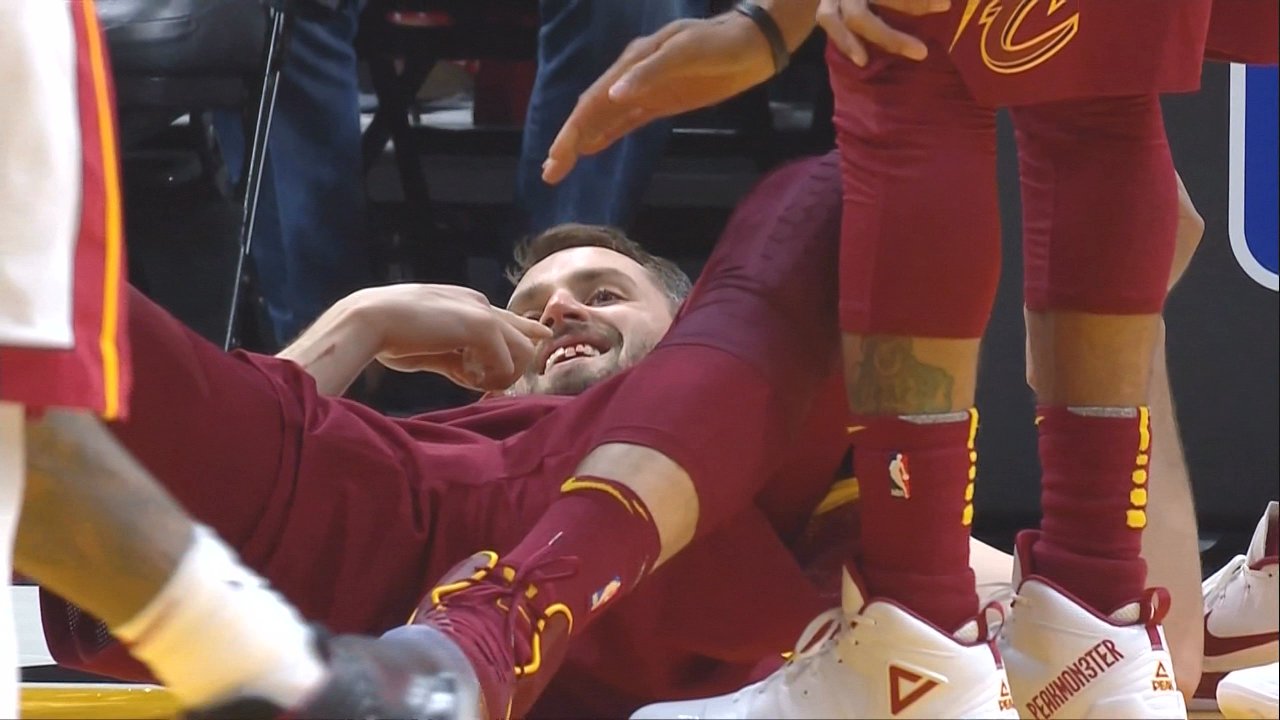 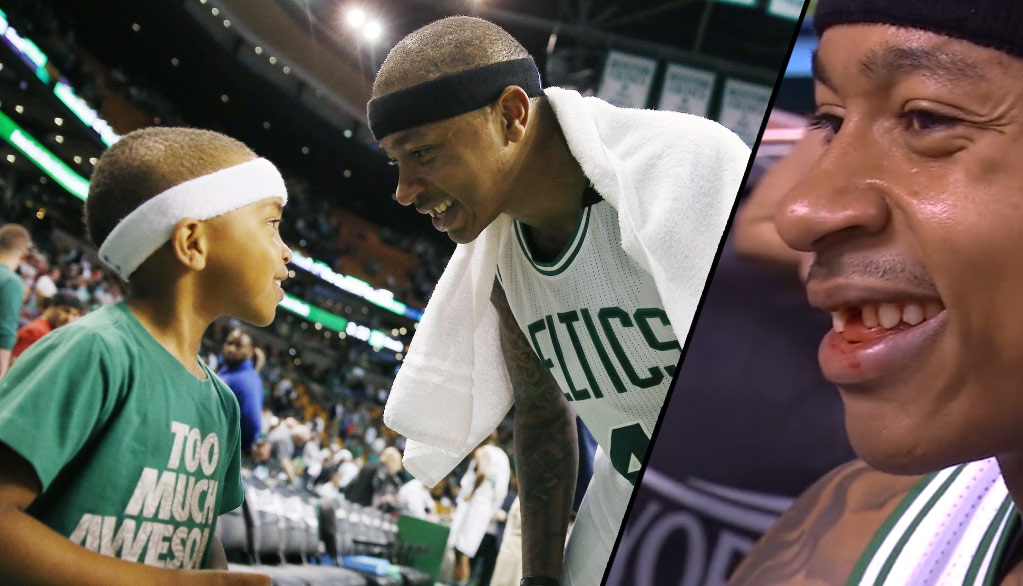 But the award for most painful looking current shot of a tooth getting knocked out goes to Kris Dunn and his scary fall against the Warriors. He hit the floor so hard, he actually damaged the floor!

The award for most damage by a tooth goes to Wilson Chandler, who left a piece of his tooth in David Lee’s elbow, causing an infected hole that actually turned into a career-threatening injury.

Here’s Lee, Via an interview with KNBR in San Franicso, talking about the severity of the injury. 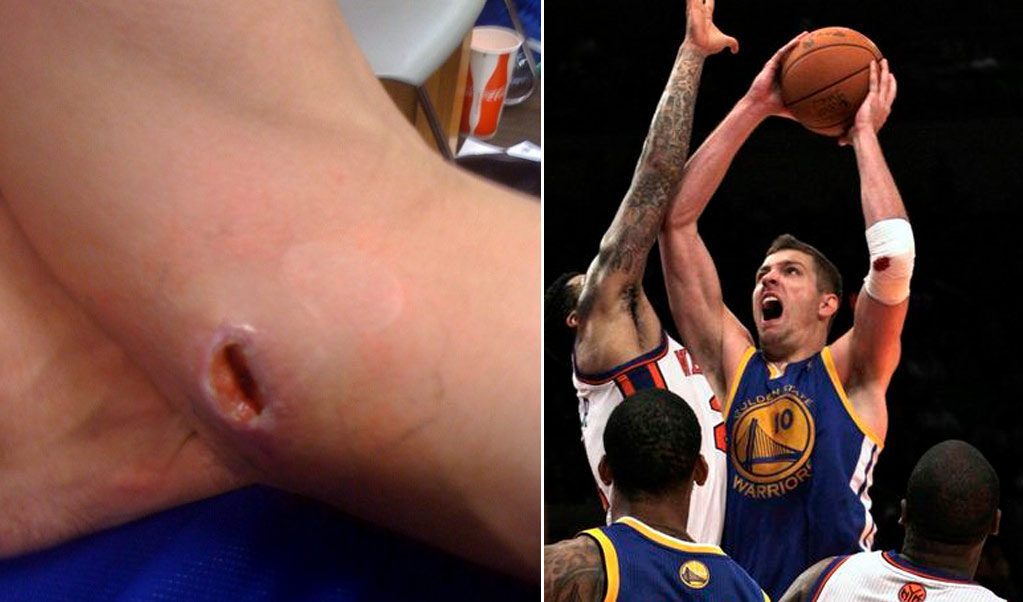 Here’s a few more examples of players losing teeth during games, including Goran Dragic, Aaron Brooks, Dennis Schroder and Dirk knocking three teeth out of the mouth of Carl Landry.