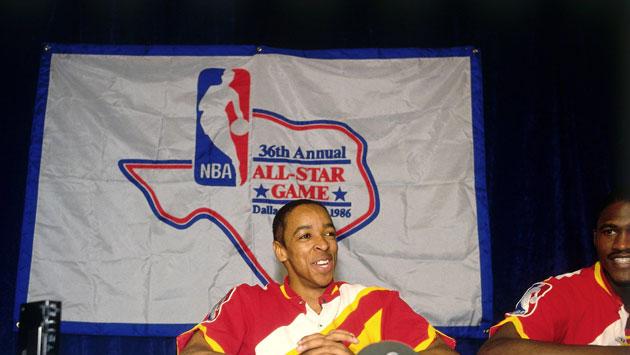 It was 1986 when 5-7 Spud Webb became a fan favorite in the league after beating teammate and dunk legend Dominique Wilkens in the NBA dunk contest. And for the past three decades, every time a short dunker emerged in the dunk world, Spud and his accomplishments at the 86 All-Star weekend is brought up; Every time a player wanted to pay homage to Spud they would pull out his Atlanta Hawk jersey; Every time I had a discussion with someone about Spud, they couldn’t talk about anything but Atlanta and his dunk contest win, which is a shame because he was an underrated PLAYER and a player who put up his best stats in another uniform.

So in honor of his birthday today here’s five things you (probably) didn’t know about Anthony “Spud” Webb, so the next time (or first time) you have a conversation about him, you can say something more than he was short, played for the Hawks and won a dunk contest in 1986.

As mentioned above, we all remember that magical night when he won the NBA dunk contest by beating his teammate Nique. What most people don’t remember is Spud getting eliminated in the 1st round of the 1988 dunk contest with the two lowest scores of the contest. He came back again the following year and was eliminated in the semi-finals.

SPUD WEBB WAS A 4TH ROUND DRAFT PICK BY THE PISTONS

Being 5-7 and winning a dunk contest sounds like a fantasy. Being 5-7, a 4th-round pick and lasting 12 years in the league sounds like a bigger fantasy but it was a reality for Spud. He was drafted (87th pick) and waived by the Detroit Pistons, then signed to the Hawks as a free agent, lasted longer than 12 1st-round picks from his draft and all but three in the 2nd round. The only guard from the first two rounds to last longer than him was the great Joe Dumars with two additional seasons.

SPUD’S BEST SEASONS WERE IN SACRAMENTO

You won’t see too many throwback pics of Spud wearing a Kings jersey but if you saw him play in the early to mid-90s with one on, then you know he was putting up some nice numbers in Sacramento. He averaged double-figure points in all four seasons with the Kings and put up 17 & 7 in his first season and 15 & 7 in his second. His numbers dropped a little in his third but he led the league in FT% that season (.934).

Here’s a sample of a few games Spud had during his time in Cowbell Kingdom.

SPUD WAS A COACH IN A STRIPPER LEAGUE

During the 2011 NBA lockout, everybody and I mean everybody was trying to get basketball events and leagues going and that included Ricks Cabaret. The famous gentleman’s club was in the process of creating a stripper league and they hired Spud to be a coach and consultant

“These ladies are fabulous and have obvious talents and skills. I can’t think of a better way to entertain long-suffering NBA fans,” Webb said.

Thankfully the league idea was short-lived and didn’t last more than a couple of minutes (all horrible puns were intentional).

25 years after winning the NBA dunk contest, Spud was still able to dunk — even in a suit and without stretching doe (best D’Angelo Russell voice). OK, obviously the video is fake, but is the idea of a 47-year-old Spud dunking really that shocking considering everything you just read about the Pony-wearing-Arsenio Hall-appearing-NBA legend?

I don’t think so. 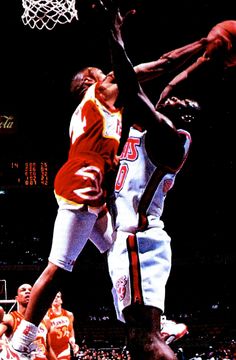 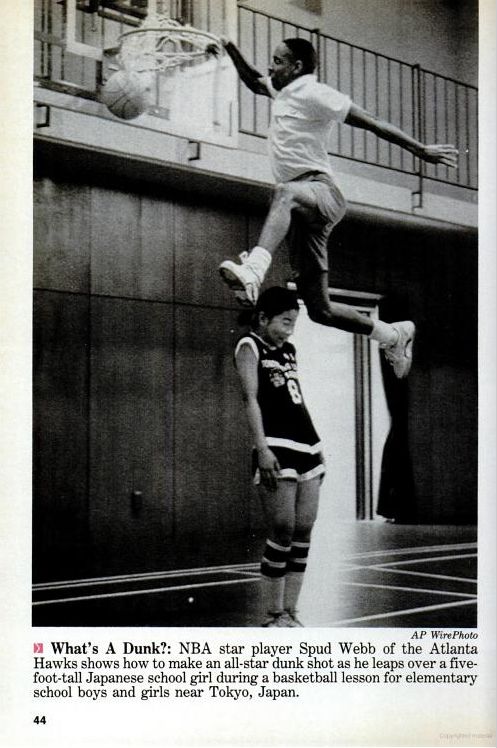 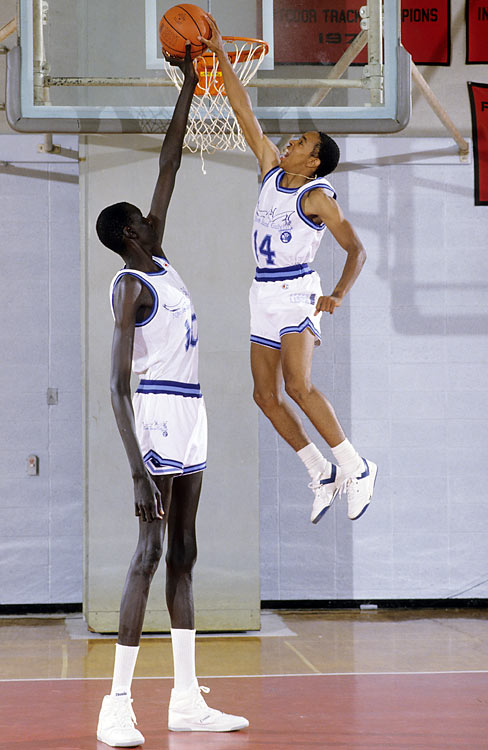