December 29th of 2001, a 38-year-old Michael Jordan set a franchise record by scoring 24 first-quarter points and finishing the game with a total of 51 against the Charlotte Hornets.

The 50-point game came just two days after the lowest scoring game of his career (6 points) and marked the first 50+ game for him since 1997 when he scored 55 against…Washington!

”I’m pretty sure you guys were saying how old I was,” Jordan said. ”And I wanted certainly to make a statement offensively.” 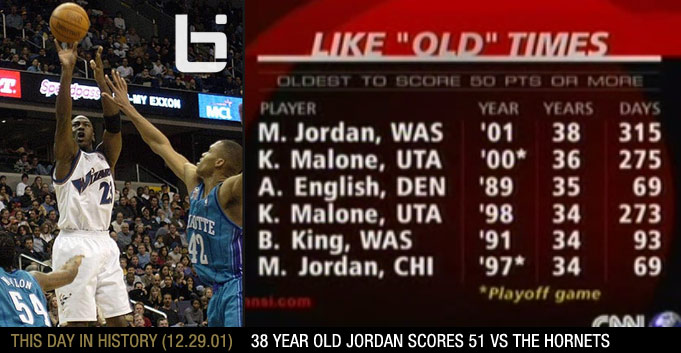