When I think of the best dunks in All-Star game history, a few great dunks come to mind and with the exception of Barkley’s dunk on Mutombo, most of them did not make the NBA’s Top 10 All-Star Game Dunks list.  The most notable dunk missing from this list was Tracy McGrady’s self oop off the backboard in 2002 – a dunk an annoyed Michael Jordan also missed because he was doing a live interview.

Then we have the most notable absentee – Shaq. Shaquille was not only robbed of the All-Star game MVP in 96 (voting was done before the 4th quarter) but he had arguably the best All-Star dunk ever in that game – Sorry David! How about his poster on Hakeem a few years earlier, when George Karl and the West organized a Shaq Shutdown. How about the 360 dunk by Shaq in 2000 that Vince Carter gave a 9.6?  The 360 wouldn’t make my top 10 but it was one of the many exceptional dunks by the 15 time All-Star (3 x AS MVP) that’s nowhere to be found on the NBA list.

First let’s look at the dunks that made the NBA video and then I’ll share some dunks that deserve some consideration.

McGrady off the backboard dunks

Shaq Destroys The Admiral and The Dream

Vince Carter off the glass dunks, elbow dunk, dunk off the spin, etc

Sprewell with back to back nasty dunks

Although the #1 in this video is the #8 on the NBA list. There’s a few other dunks here that deserves consideration over #1.

None of the dunks in Jordan’s 40 point performance is top 10 worthy but it’s worth a watch. 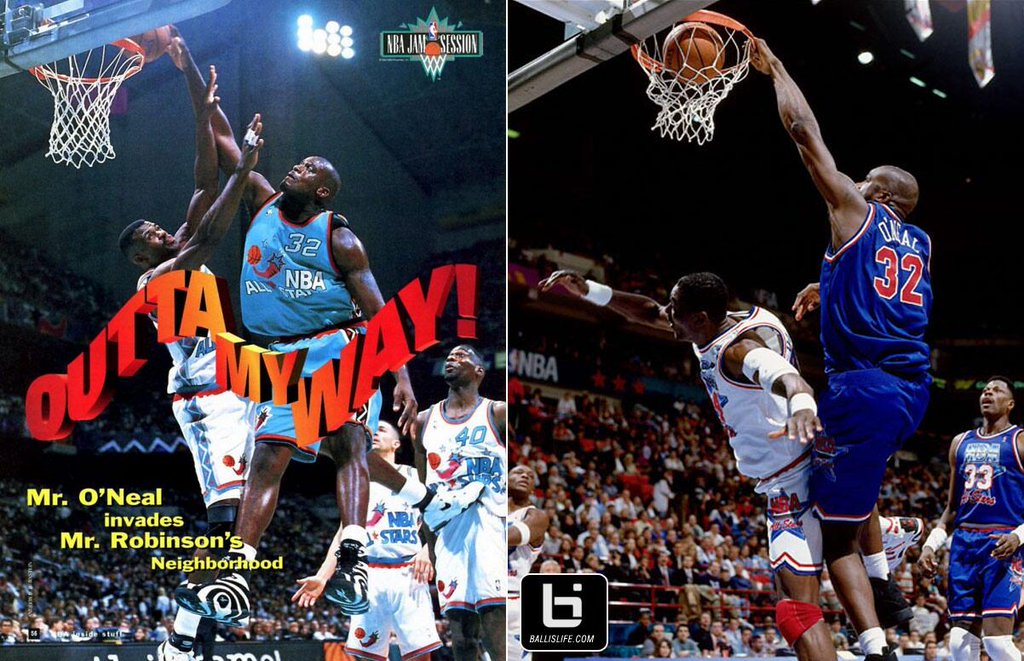 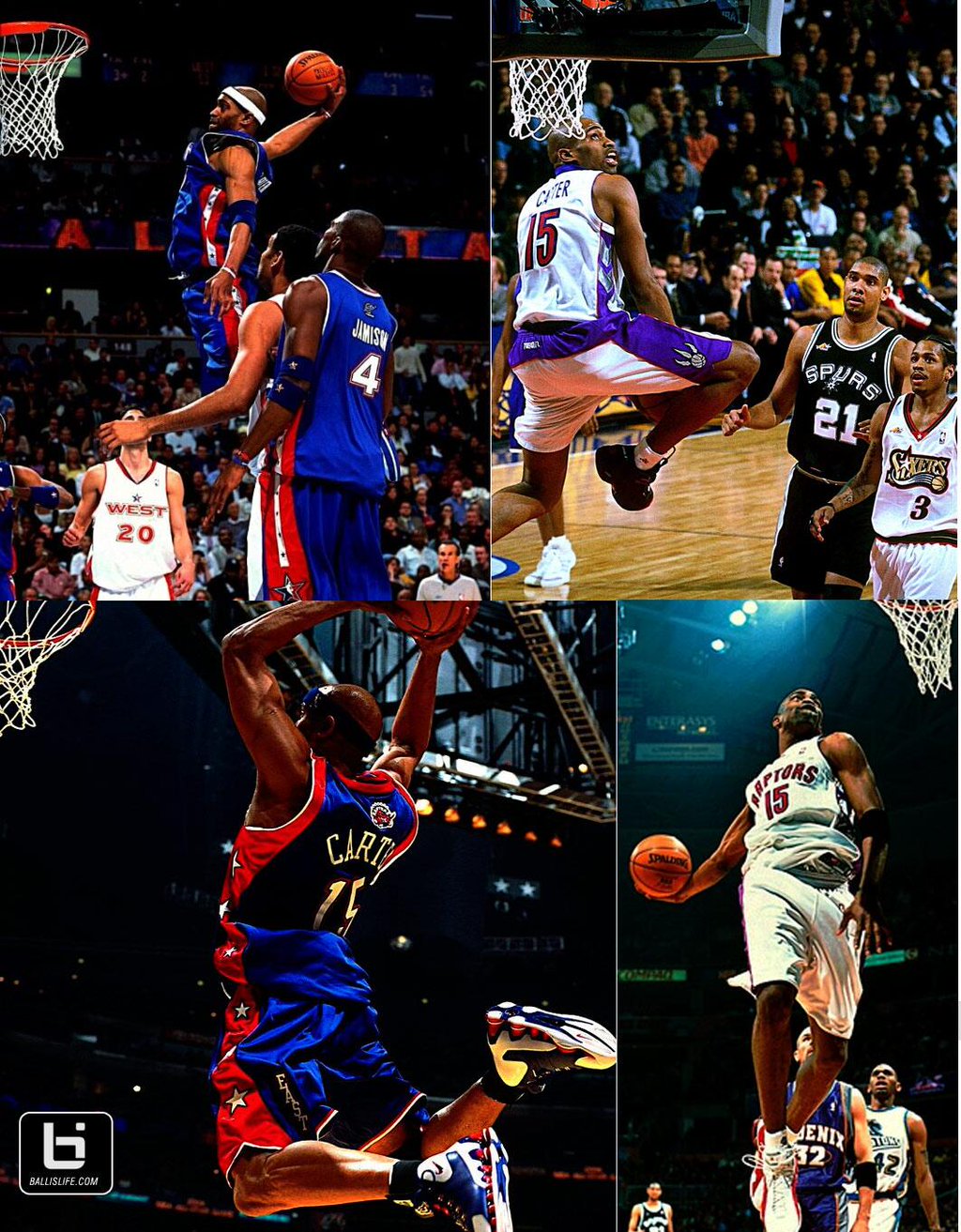 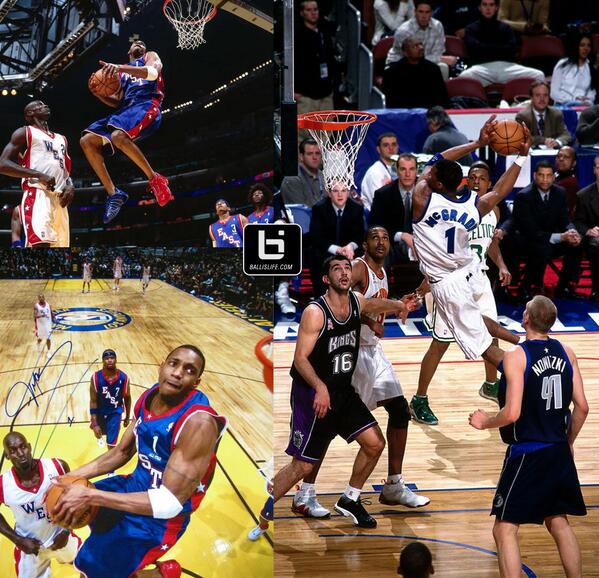