10 years ago today, I was lucky enough to witness one of the best basketball events of all-time.  10 years and 11 days ago today, I wasn’t feeling so lucky when I got to witness Houston get hit by Hurricane Katrina. The category 5 natural disaster had my family, which included a six-month old baby, panicking and contemplating evacuation, but we decided to ride the storm out.

Thankfully, my house had minimal damage and maintained electricity so for the next few days I took in a few families who weren’t so lucky as my city took in a few thousand families from New Orleans who had their homes destroyed.  Many of those families took refuge in the George R. Brown convention center. And on September 11th, over 20 NBA players — many from teams other than the Rockets — paid those people a visit.

Later that night, the players and over 5,000 evacuees went to the Toyota Center for a Hurricane Relief Game, which was organized by Clutch City Champion Kenny Smith. I had eight tickets for the game and heard on the news Kobe Bryant and LeBron James were in town and knew the Rockets Tracy McGrady was going to play too. What nobody knew and expected was all of the players that showed up at the last minute, including Kevin Garnett, Carmelo Anthony, Amare Stoudemire, former Rockets Steve Francis & Mo Taylor, Gilbert Arenas, Jermaine O’Neal, Dwyane Wade, JR Smith, Jerry Stackhouse, etc, etc. Then right before tip-off, Allen Iverson made his entrance, causing the crowd to reach a new level of noise. AI didn’t play but the others did and they put on a show.

“Hopefully we can put some smiles on their faces and maybe for just that little moment they cannot think about what happened,” LeBron James said.

Another surprise treat for the fans was when Stephon Marbury caused a long game delay when he ran up and gave a mic to Kanye “George Bush doesn’t care about black people” West, who treated the fans to a verse from ‘Gold Digger.’

But for me, the game highlight of the night happened in the final seconds of the event, when Tracy McGrady and Gilbert Arenas participated in a can-you-top-this-from-long-range shootout.

After the game, it was a madhouse in the parking lot and it took me about 30 minutes just to get on the road to go home but then thought I shouldn’t be complaining because at least I have a home to go home to, which is something over 5,000 people seated around me couldn’t say that night.

“I had in my mind that it was just going to be a really sad sight,” said Bryant. “But when you walk in you see that everybody was just real spirited. There was a lot of energy in there — a lot of resolve and determination to bounce back.”

So here we are 10 years later and the name Katrina to many is as much of a distant memory as NBA highlights from the likes of Steve Francis, Gilbert Arenas and Tracy McGrady. My daughter is now in the 5th grade and many other youngsters that came over from cities like New Orleans are now die-hard BBQ loving Texans trying to grow beards like James Harden.

Then there’s this one kid named Kelly. He was nine when him and his Dad fled New Orleans and came to Houston with all of their belongings packed into a car.  They eventually settled in and Kelly became a pretty good and well known local player. Good enough to be a Ballislife and McDonalds All-American. Good enough to go to Kansas. Good enough to be a NBA lottery pick. Good luck Kelly Oubre. 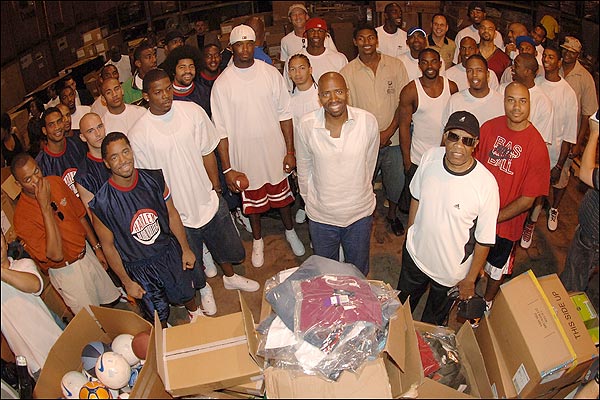 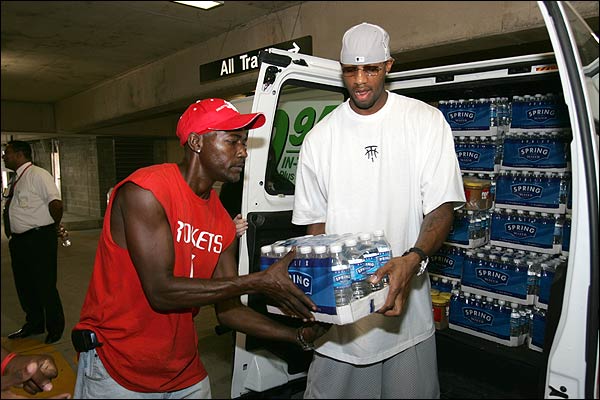 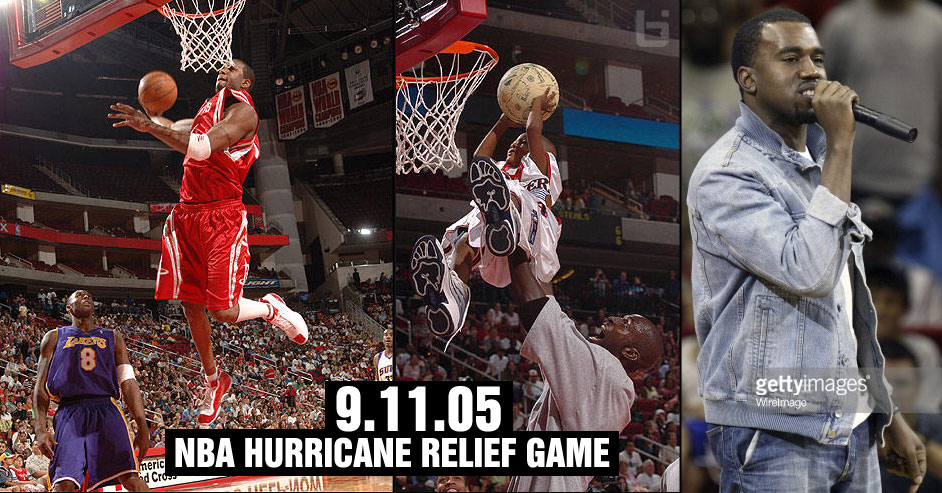