When Ice Cube’s Big 3 league announced Allen Iverson was going to be a player/captain of one of the teams, many said, “that’s cool but we know AI isn’t actually going to take this seriously and play.” Well, as evident in this teaser video of an upcoming documentary called ‘Ballin’ Again,’ the former MVP is back in the gym and looking to get back into basketball shape for the upcoming summer games.

“I feel like as long as I get my legs stronger and get my wind back, I’ll be fine.” Said Iverson, who will playing alongside Dermarr Johnson, Andrew Owens, Mike Sweetney and the Kobe stopper, Ruben Patterson. “I have three weeks to get right. You know, it’s fun getting back in the gym, just starting all over basically and just trying to condition my body to play.

Iverson also recruited his Bethel high school coach, Mike Bailey, to help him in (I’m not going to say it!).

“I feel like a high school kid.” Added Iverson, while talking about Bailey reteaching him some of the things he mastered under Bailey in the mid 90s. 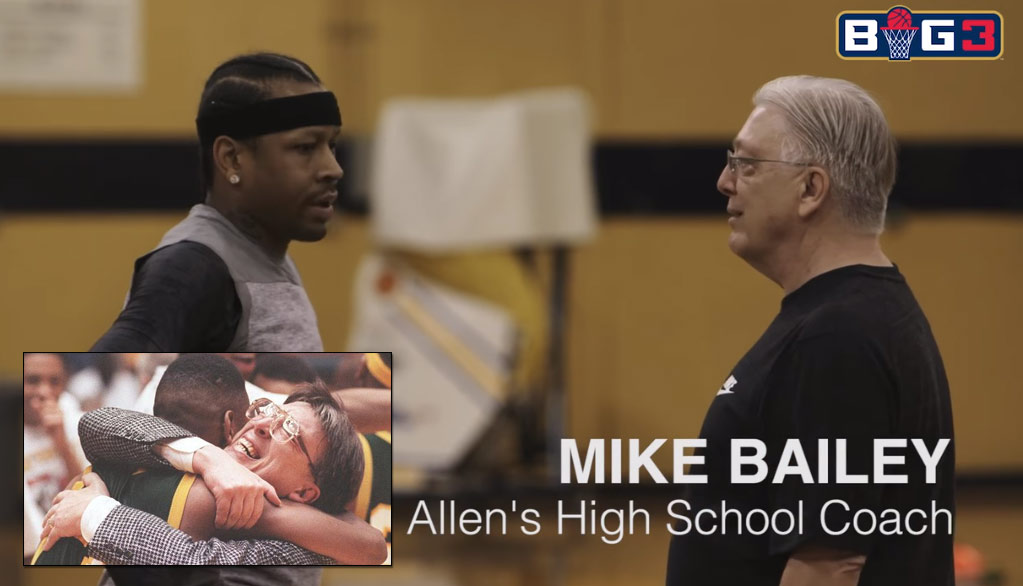 Back in 2010, during an interview with the Daily Press, Bailey had this to say about coaching a teenage Iverson.

“At some point in time. I felt I had to learn to coach Allen with my heart instead of with my head. If we didn’t connect personally and he didn’t trust me, what was it all worth?”

Considering he’s still coaching Iverson 24 years after they won a state title together, I guess it’s obvious they connected.